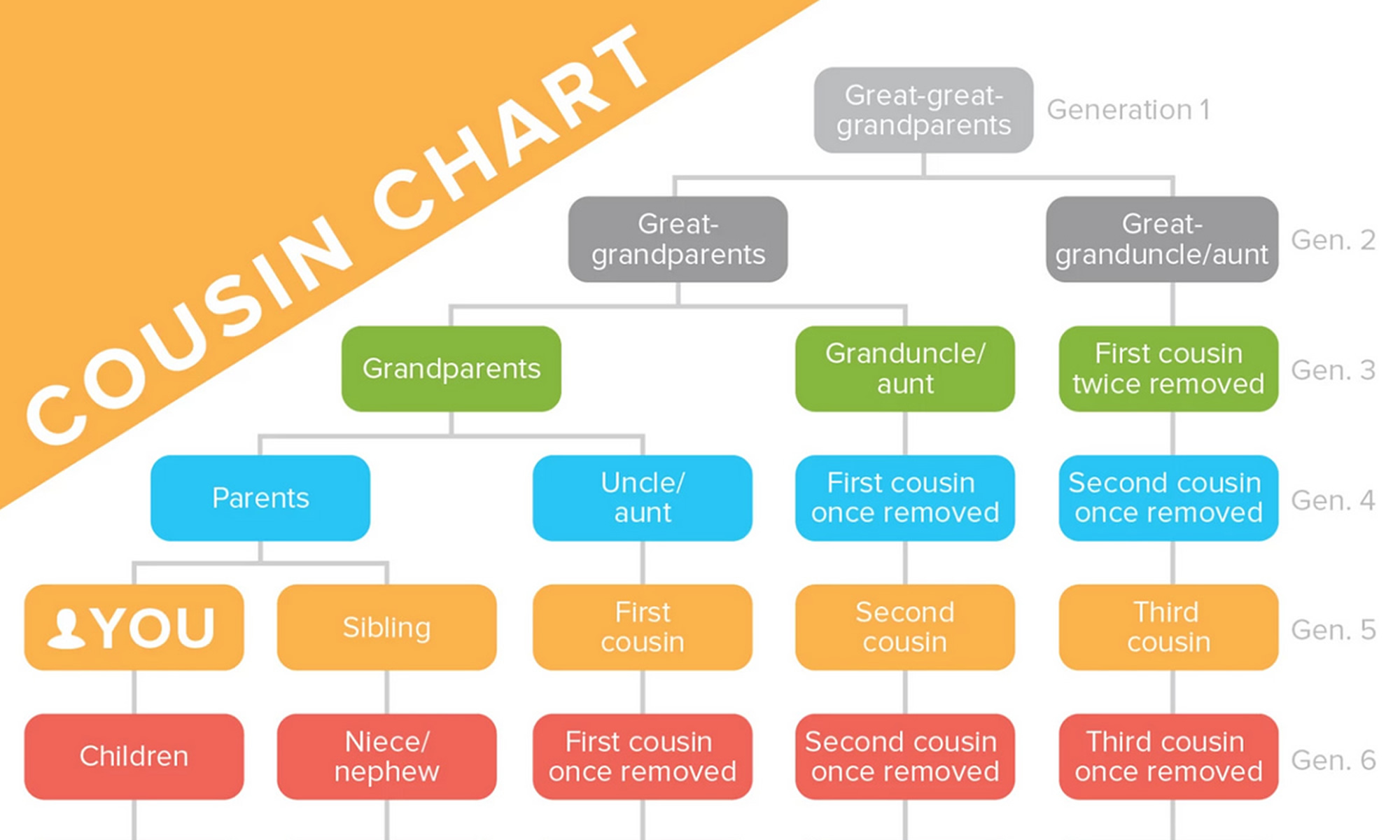 EVER FOUND YOURSELF ASKING, “SO WHAT EXACTLY IS A SECOND COUSIN?”OR DEBATING WITH YOUR FAMILY AND FRIENDS ABOUT WHAT IT MEANS TO BE A “FIRST COUSIN ONCE REMOVED”?

Use this cousin chart from FamilySearch.org to settle the debate once and for all!

What Is a Cousin?

Cousins are people who share a common ancestor that is at least two generations away, such as a grandparent or great-grandparent. You and your siblings are not cousins because your parents are only one generation away from you.

Simple enough, right? But what does it mean to have a second or third or fourth cousin? 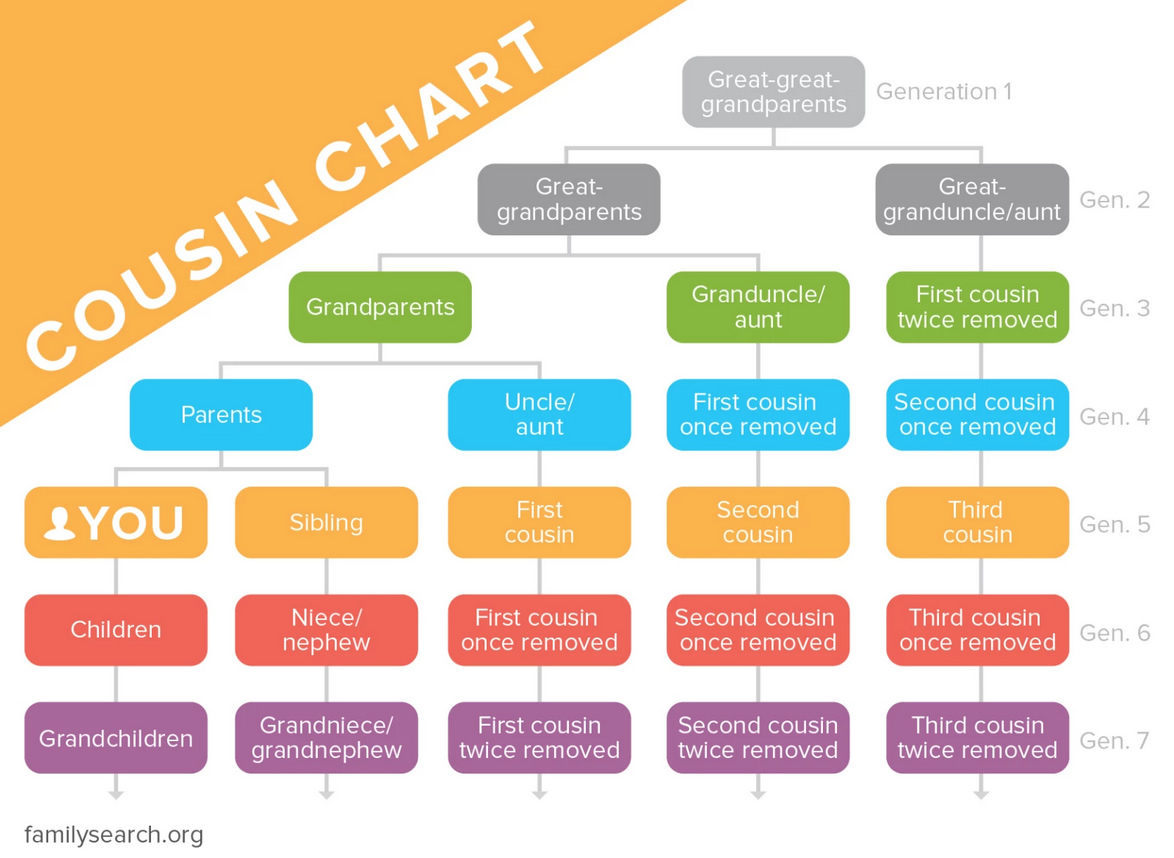 What Is a Second Cousin?

The number associated with your cousin has to do with how many generations away your common ancestor is. For example:

Quick Tip: Count how many “greats” are in your common ancestor’s title and add 1 to find out what number cousin your relative is. Note that grandparents have no “greats” in their titles, so cousins who share grandparents are first cousins because 0 + 1 = 1. However, keep in mind that this trick only works if you are both the same number of generations removed from the common ancestor.

This is where the phrase “once removed” comes in handy.

What Does it Mean to be a Cousin “Once Removed”?

If you look at the cousin chart above, you’ll see that each row is color-coded by generation. You, your siblings, and your first, second,and third cousins are all of the same generation.

Now that you know what to call your various cousins, use the chart below: 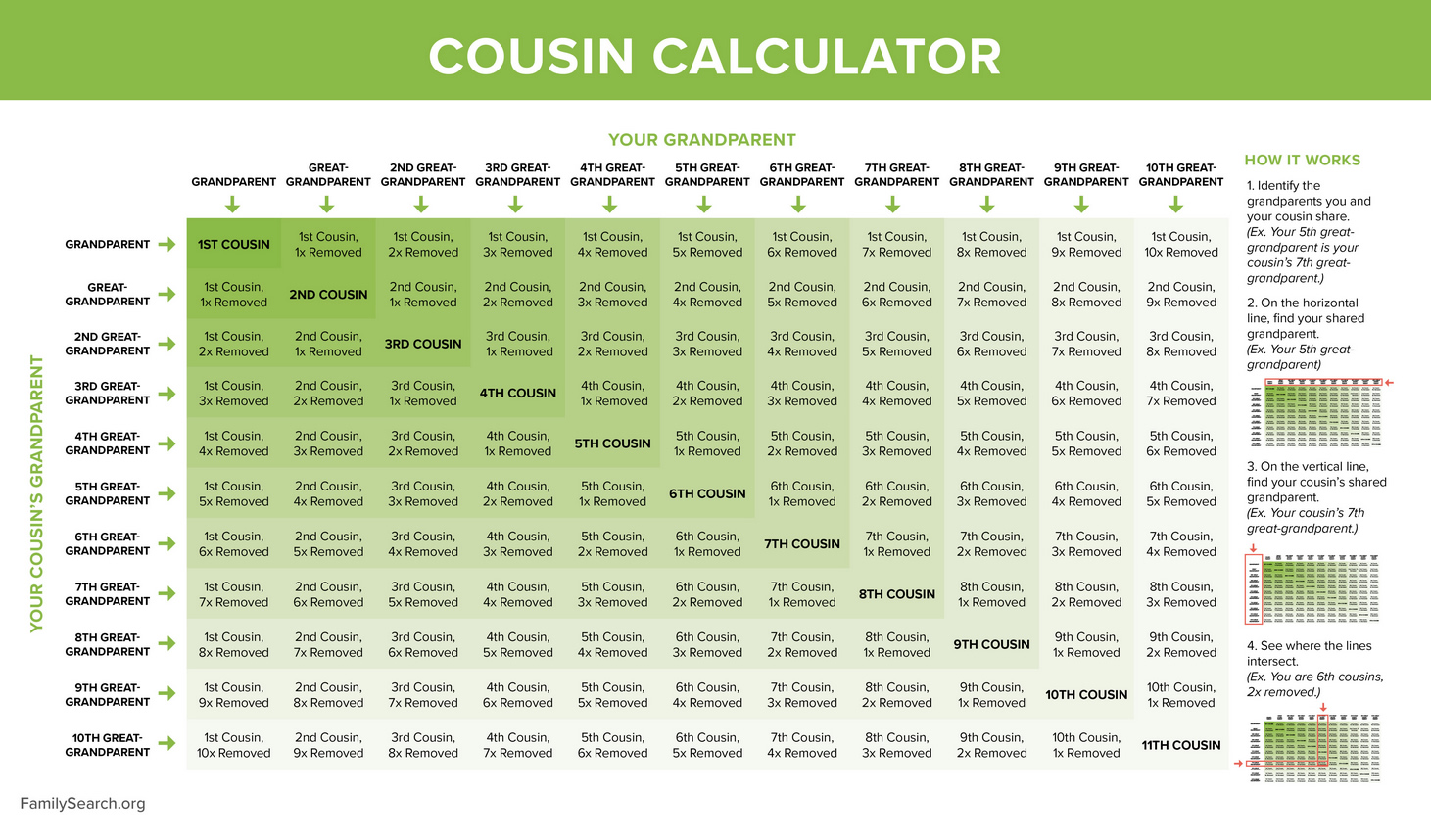 Note: These cousin naming-conventions are primarily used in English-speaking societies and may be different in other languages and cultures.

This article was first published on Family Search – here is the link: https://www.familysearch.org/en/blog/cousin-chart/