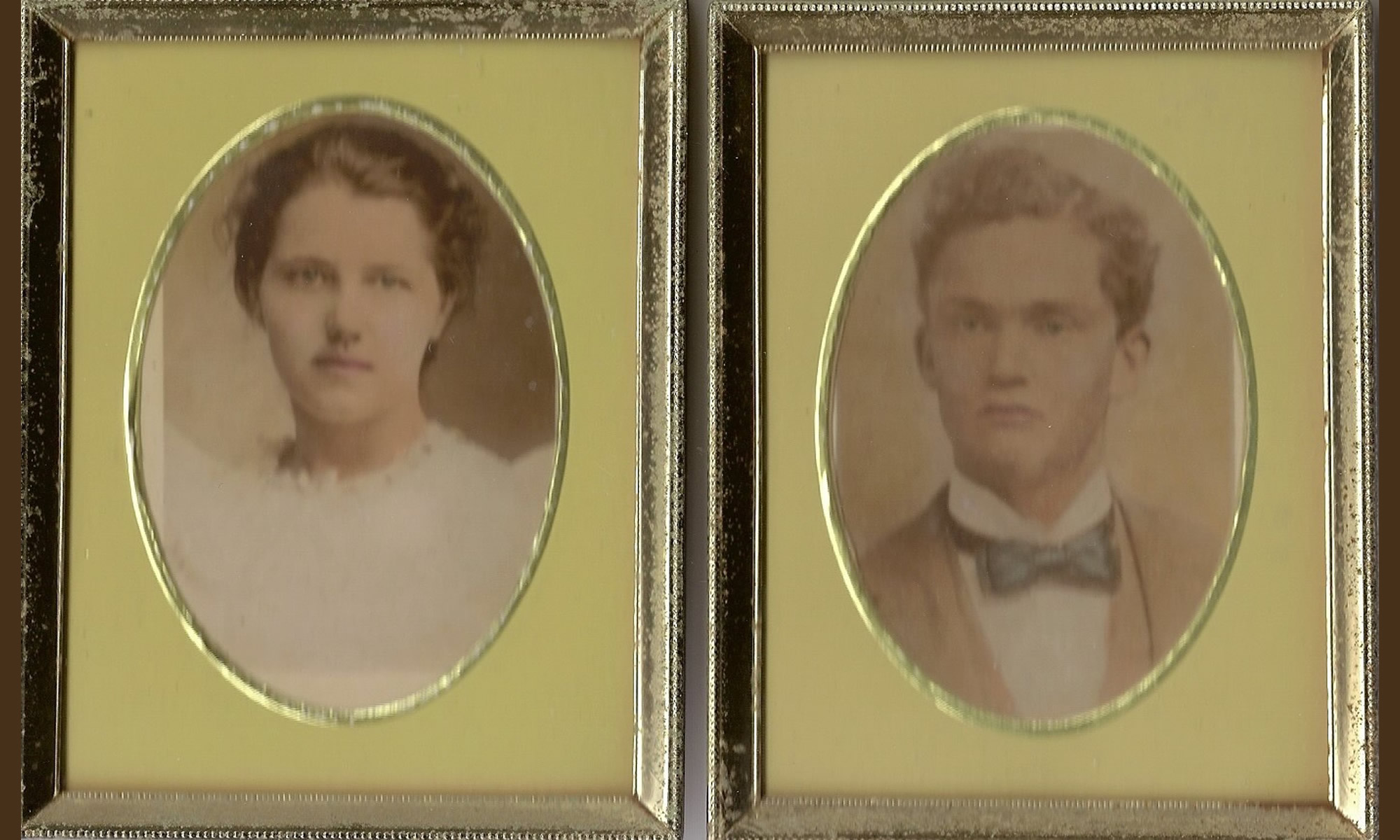 SOME OF YOU HAVE ASKED ME RECENTLY WHO OUR DIRECT LINE ANCESTORS – BRINSON – ARE. AND THAT’S SOMETHING THAT I CAN DO WITHOUT GOING THROUGH TOO MANY MOUNTAINS OF MY MOTHER’S INFORMATION!

The photos above are the wedding photos of Henry Hector Brinson and Edna Eudora Terrell, taken in 1901. I have better quality copies of these photos somewhere, and will update these photos when I locate them.

This list will start with Ralph Cranford Brinson and his wife Catherine Shumaker Brinson. If you don’t know how you’re related to them, contact me and I’ll help you figure it out.

Beyond this point the line continues to be listed in online genealogy sites, even though (to me) the proof is inadequate. When I’ve done enough research to feel good about adding more levels to this list, you’ll find that information right here.