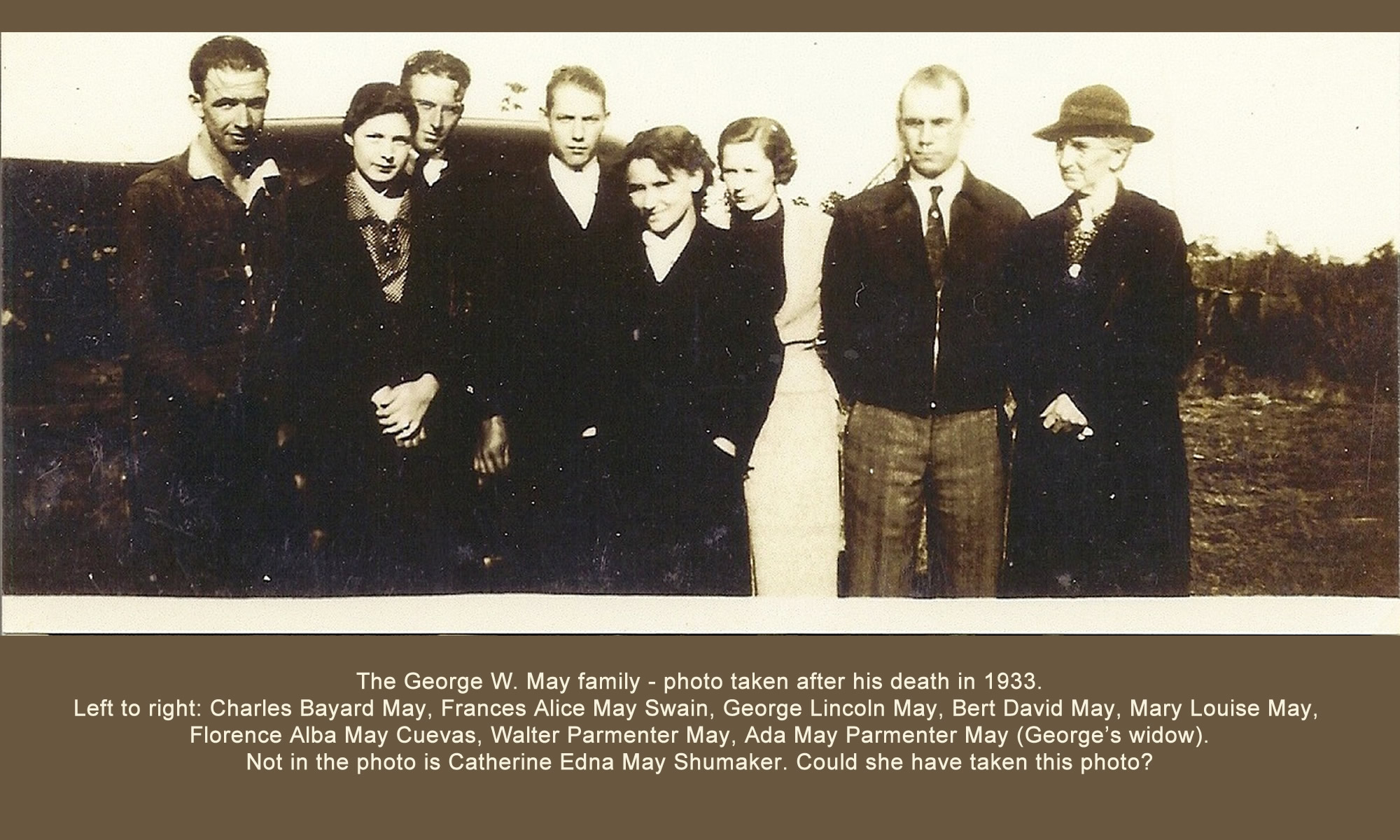 SOME OF YOU HAVE ASKED ME RECENTLY WHO OUR DIRECT LINE ANCESTORS – MAY – ARE. AND THAT’S SOMETHING THAT I CAN DO WITHOUT GOING THROUGH TOO MANY MOUNTAINS OF MY MOTHER’S INFORMATION!

The photo above is the George Washington May family – photo taken after his death in 1933. Left to right: Charles Bayard May, Frances Alice May Swain, George Lincoln May, Bert David May, Mary Louise May, Florence Alba May Cuevas, Walter Parmenter May, Ada May Parmenter May (George’s widow).
Not in the photo is Catherine Edna May Shumaker. Could she have taken this photo?

This list will start with Ralph Cranford Brinson and his wife Catherine Shumaker Brinson. If you don’t know how you’re related to them, contact me and I’ll help you figure it out.

Here are our Direct Line Ancestors – May

Beyond this point the line continues to be listed in online genealogy sites, even though (to me) the proof is inadequate.

Also, the Ackerson line is very interesting, as our Ackerson line goes back many generations into Holland. Our cousin Margaret F. Ernest has done a great deal of research on that line, and has shared it with me. Watch for another Direct Line post on our Ackerson line.