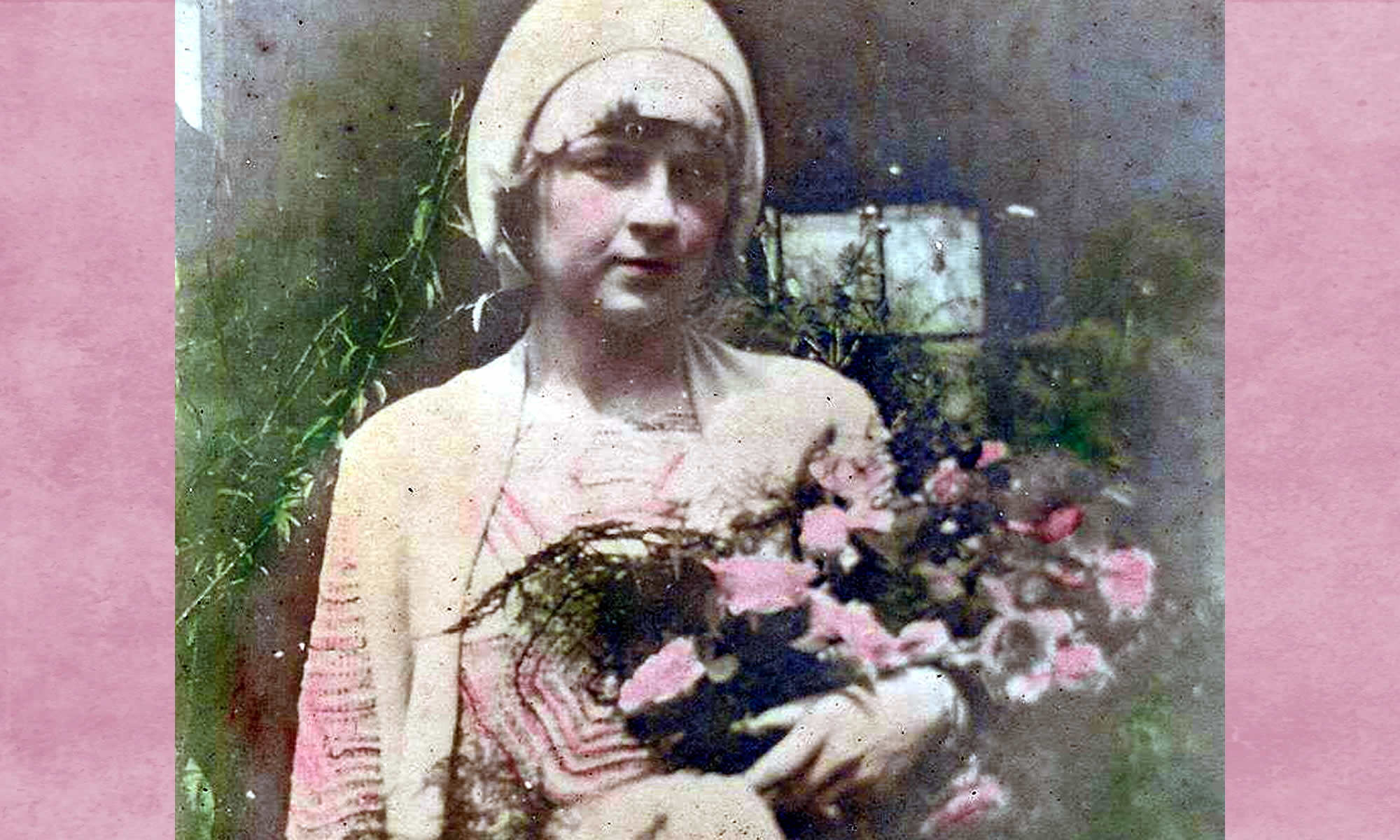 THIS BEAUTIFUL ROARING ’20s BRIDE, NELL BRINSON LUMPKIN, WAS MY FIRST COUSIN ONCE REMOVED, AS WE BOTH DESCENDED FROM ADAM WASHINGTON BRINSON.

Prior to Nell’s wedding on August 8, 1929, her mother, Mary Lilly Huffman Brinson, wrote a humorous poem to commemorate her daughter’s marriage to John William Lumpkin.

The poem and photo were provided by Becky Lumpkin Stowe. She wrote this introduction: “Written by Mrs. Mary Lilly Brinson before the marriage of her youngest daughter, Mrs. Nell Brinson Lumpkin (My Grandmother).”

Here it is. Enjoy!

Soon Nell will be a blushing bride
And to the altar will go
But when she thinks of beaus
Left behind, she will blush I know.
There’s Smith, whom she motored with
And James with whom she swam.
There’s Jack, she used to walk with him
And Floyd, who called her ‘lamb”.
There’s Billy, the basketball man she owned,
And C. B. of tennis days –
There’s Clifford and Alonzo, too,
They took her to the plays.
And there is Ralph, a High School beau
With whom she used to rush.
No wonder she is a blushing bride –
Gee whiz, she ought to blush!

Just to make it clear, the Ralph that is referenced in the poem could not have been my daddy, as he would have been only seven years old at the time Nell got married.

Here is some genealogy to show how Nell and I are related, and how you may be able to call her cousin, too!

Adam Brinson (born about 1709 in Princess Anne, Virginia / died July 11, 1769 in Onslow, North Carolina) married (about 1742) Sarah Stirling (daughter of John Stirling and his wife Judith of Princess Anne County, Virginia). In some places, Sarah’s surname is listed as Stiring, or sometimes Sterling, but because I’ve seen it spelled “Stirling” my whole life, I’ll stick with that for now.

I’ve got a lot of genealogical information on Adam Brinson, which I’ll share some other time. And there are even more layers of Brinsons above Adam, which I’ll put into our genealogy book that will contain all the charts.

John Fielding Brinson married (October 12, 1904) Mary Lilly Huffman (born about 1867 / died about 1940). I don’t know at this time how many children they had (possibly 4), but their youngest daughter was Nell Brinson Lumpkin (born December 14, 1905 in Monticello, Lawrence County, Mississippi / died June 19, 1998), and was the young woman for whom this poem was written.

I am the daughter of Ralph Cranford Brinson.

Therefore, Nell Brinson Lumpkin, the bride in the picture, is my first cousin once removed.

After she married John William Lumpkin on August 8, 1929 in George County, Mississippi, she became a 5th grade teacher in the town of Lucedale, Mississippi. Nell and John lived on a farm, and local lore says that John taught Nell’s students how to call in the hogs!

She is buried in Magnolia Garden Cemetery in Lucedale, George County, Mississippi. 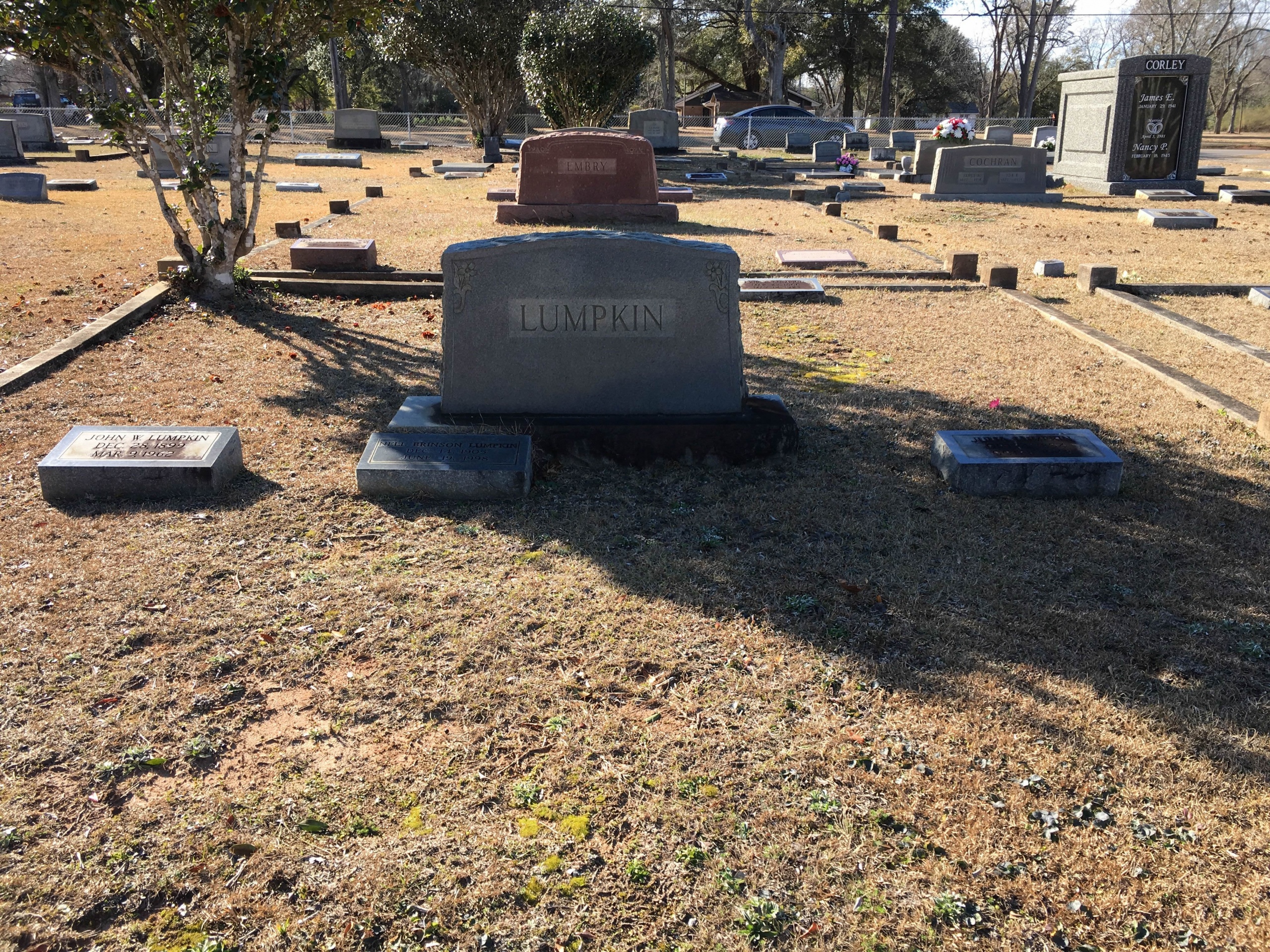 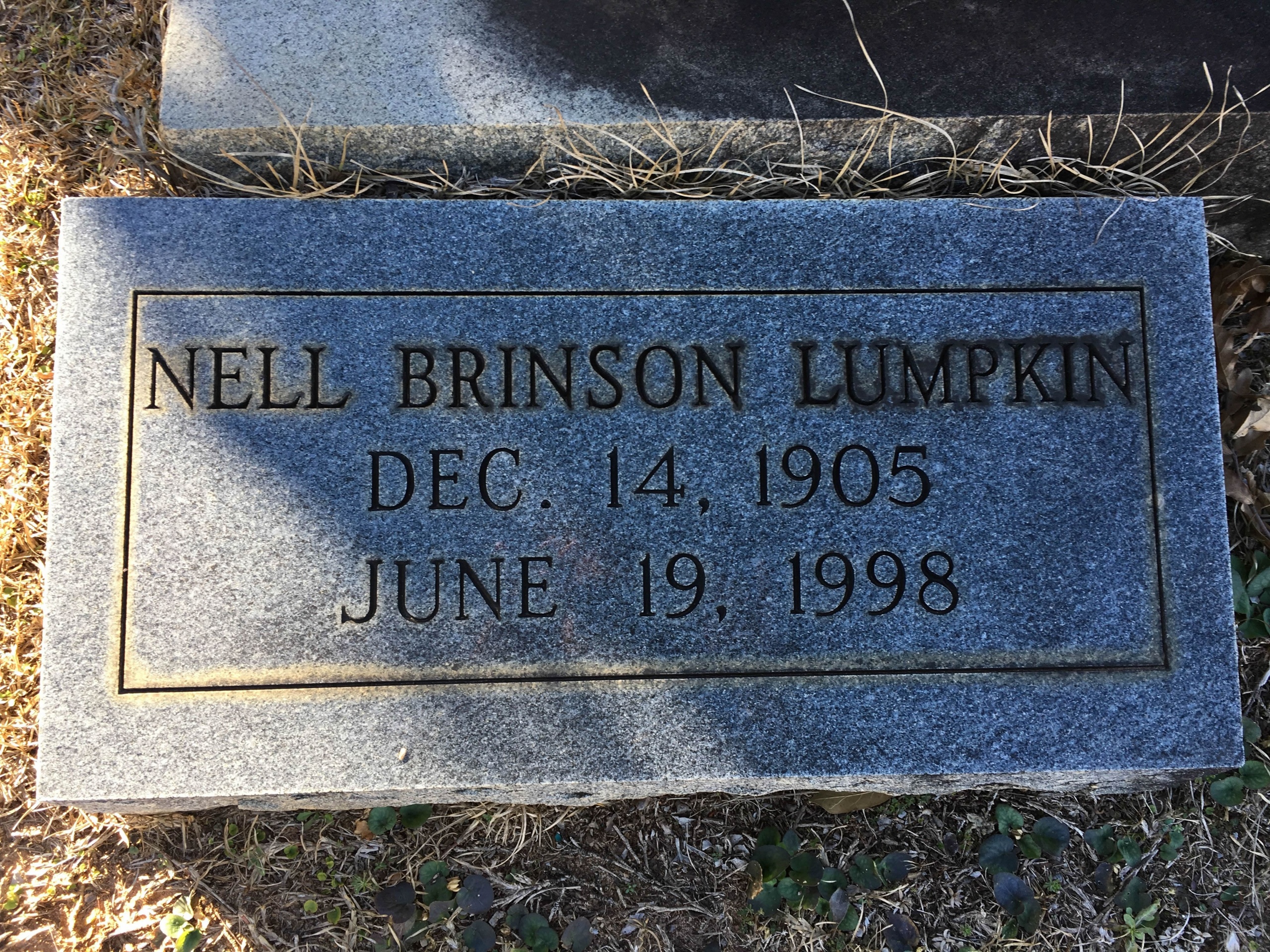