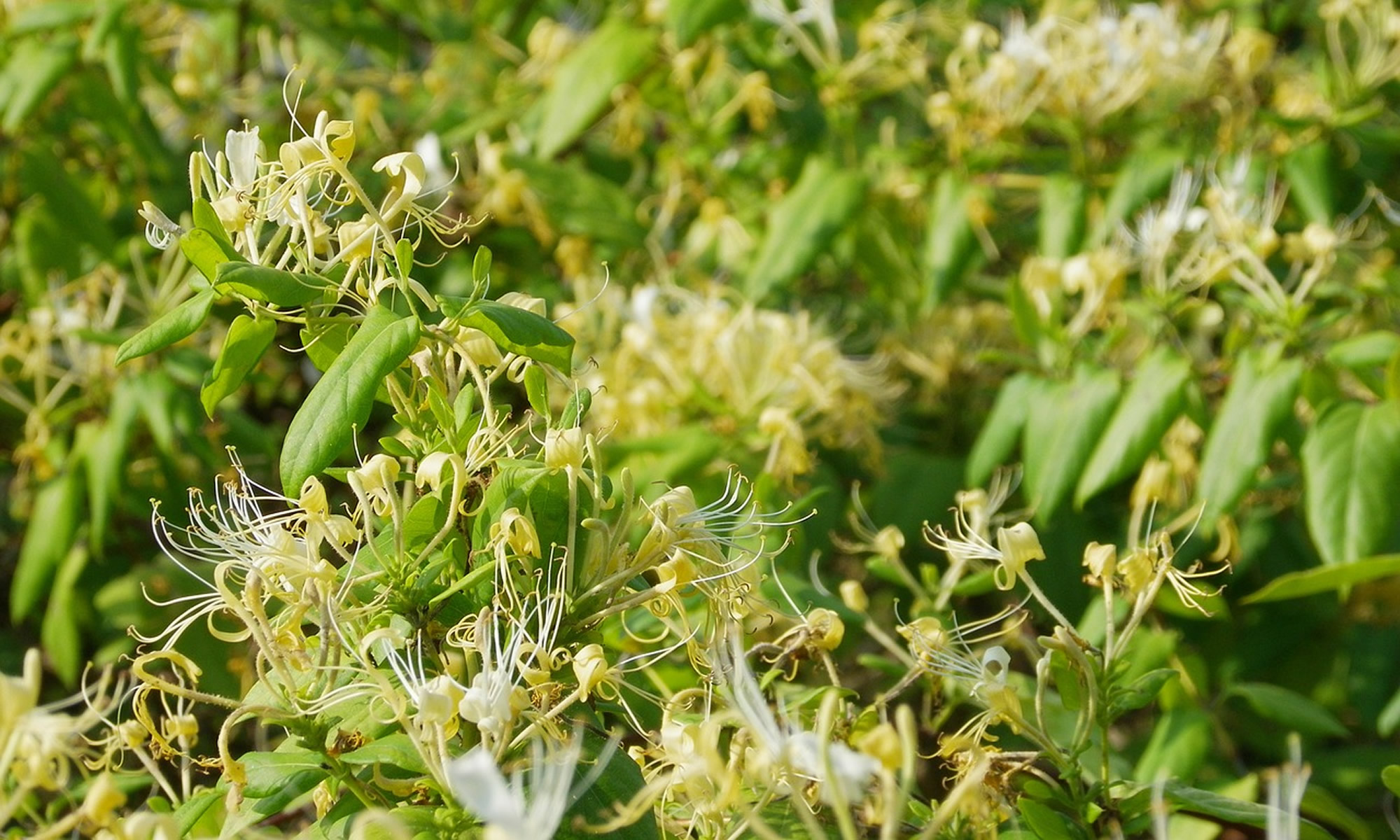 THIS POEM THAT CATHERINE WROTE SHOULD MAKE ANYONE FEEL NOSTALGIC.

After all, who doesn’t look back on the people and places of their childhood and not wonder where it all went?

“WHERE ?” is one of the poems that Catherine included in her self-made book: 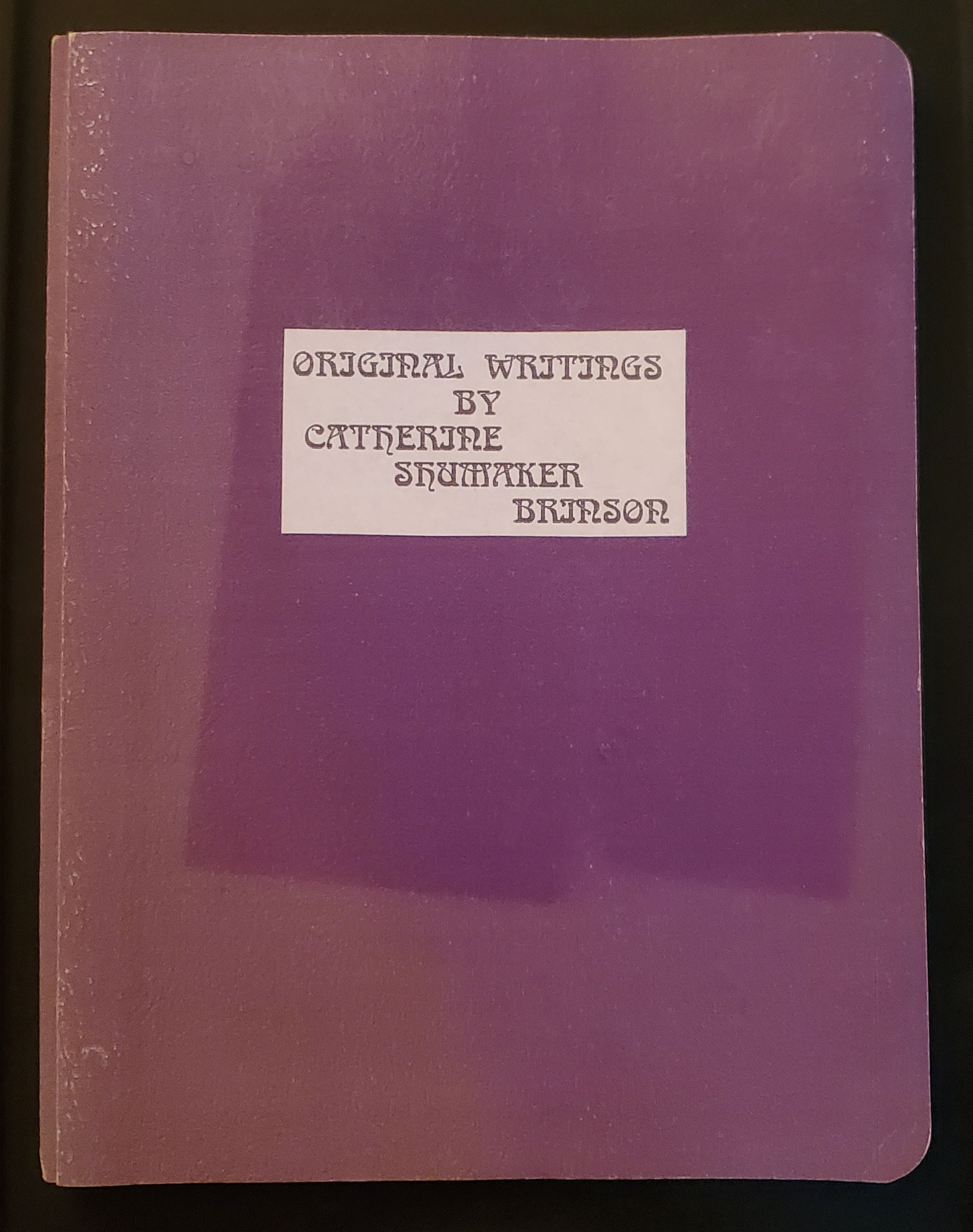 Here is “WHERE ?”, a poem in her book, from the Family category.

Where is the land I knew so well,
The slippery hill and shady dell,
The tall elm tree with limbs just right
To climb up high to view the sights
And raise a flag to passing flights?
Where is the creek with crawdad holes
Where children fished with homemade poles
And waded to their knees with pants rolled high
And still got wet up to their thighs?
Where are the fence rows with vines so thick
That rabbits hid from cats so quick?
Where is the hill I used to run to
To be alone to heal my ego?
Where are the grapevines for making swings
Or giving food to climbing things?
Where are the trees with thorns so stout
They pierced shoes and made kids shout?
Where are the small trees with honeysuckle high ~
So thick the children on it did lie
And dream and watch the clouds go by
And plan someday they too would fly?

Gone is the hill, graded down,
Pushed into creek to make level ground.
Gone are the trees that proudly stood ~
Oak and elm, bo-dark and other wood.
Gone are the parents who prayed each night
That the kids would live and grow up right.

But the dreams that were dreamed in treetops high
Have soared with silver wings on high
For all of the children learned to fly!

1. We had a club, The White Rudder Club, that had a loose affiliation with the Vicksburg Aero-Nuts Club. The latter was made up of local men who enjoyed flying and a few of them had planes. Whenever they flew over our neighborhood they would tip a wing down as a salute to our flag.

2. One day my cat and I were down by the fence-row when the cat stopped and started stalking. Shortly he leaped into the thick vines and grabbed a rabbit. I thought that if I saved the rabbit from the cat the rabbit would like me for it and be my friend. The rabbit made no distinction between being held by the cat – who wanted to kill him – and me – who wanted only to pet him. I never saw so many feet and claws going everywhere! I held the rabbit with one hand and the cat with the other only long enough for me to realize that at that instant neither of them liked me. I retreated from the fence-row with numerous scratches on both hands and arms. The cat (who evidently thought the rabbit had caught him) ran one direction and the rabgit disappeared deeply into the honeysuckle.

3. We all liked to eat the tart/sweet possum grapes!

4. Honey locust has thorns up to 12 to 15 inches long. They are strong and sharp and have a “coating” that makes the puncture wound hurt even more.

5. Even little sister, Catherine “learned” to fly. She was almost ready to solo when she married and other things assumed greater importance. 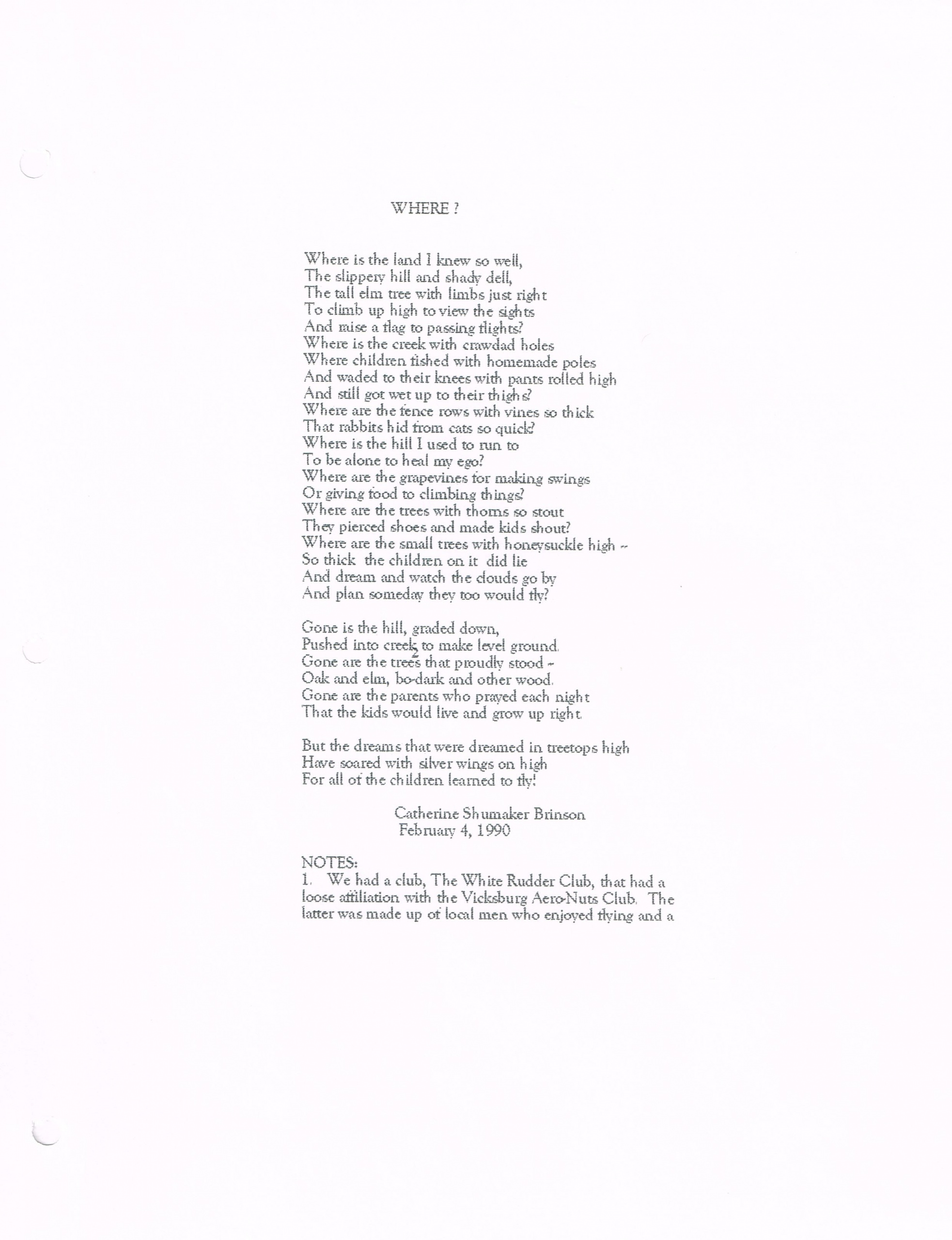 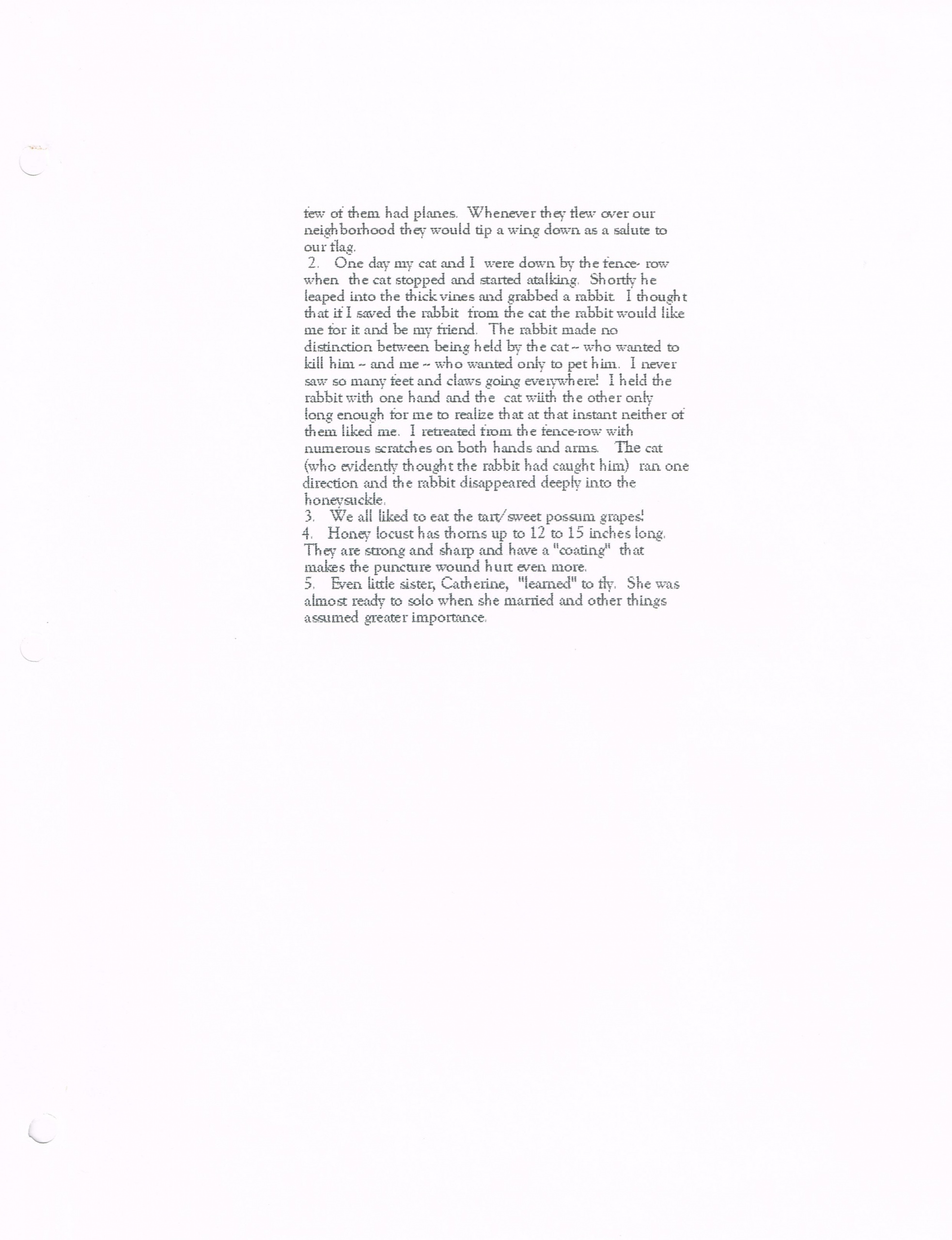 2 Replies to ““WHERE ?” | Original Writings by Catherine Shumaker Brinson”