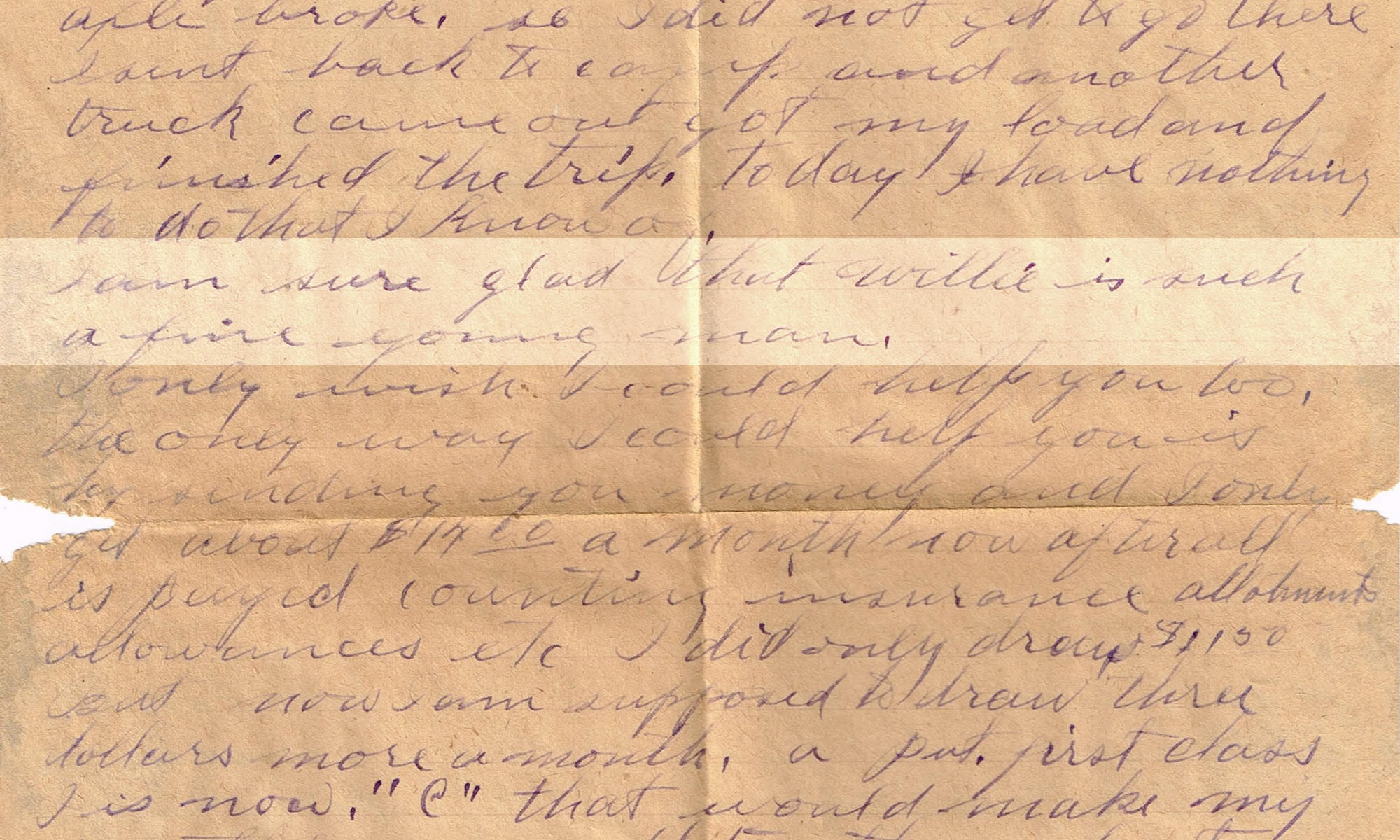 In David’s WWI Letter April 15, 1919 he writes, “I am sure glad that Willie is such a fine young man.” His Dad must have been bragging on David’s younger brother, William!

But his dad, Joseph “Joe” Thomas Sherman Shumaker, must also have been depressed, possibly because he didn’t have David’s help with the crops, or possibly due to financial concerns. Read this letter to see how David tried to encourage and uplift his father.

I received your letter dated Feb 28/19 and endeavor to answer it. Well dady I know from the way your letter reads that you had the blues more or less when you wrote that letter. But Cheer up papa all’s well that ends well. And Aenaes said many long years ago when he was Blue I guess “Forsan et haec olim meminisse juvabit”. And he was about. He said It I believe when he was shipwrecked on a desert island, “perchance ever some day even these things will be pleasing to remember” and I trust they will. I know you have some job to ?? to all the place I only wish I were there, to help you but – I’m not. And it will be late summer before I can get home. Unless ——–  There is one way and only one. That is you could make out a set of affidavits and send in. I don’t know much about it but some of the boys are getting discharges that way. And are being sent home. It takes a couple months for that to go thru and I don’t know how it would take with the H.Q.

I am having a fine time now too. I don’t have a bit of hard work to do. All I have to do is keep my motor cycle clean and ready to go when they want me to. So far I have not had any calls yet. Yesterday I went or rather started to Bar Le Duc with one of our Ford trucks and the rear axle broke. So I did not get to go there. Went back to camp and another truck came out got my load and finished the trip. Today I have nothing to do that I know of.

I am sure glad that Willie is such a fine young man.

I only wish I could help you too, the only way I could help you is by sending you money and I only get about $14.00 a month now after all is payed counting insurance allotments allowances etc. I did only draw $11.50 but now am supposed to draw three dollars more a month. A Pvt. First Class I is now. “C” that would make my monthly pay all together about $36.00 and a few cents.

Well I will do all I can for you dady so don’t worry. I am well and feeling fine have wrote evry time I have a chance. In the last three days I have wrote enough to make a good sized book. I got 20 letters last Saturday. Your loving son 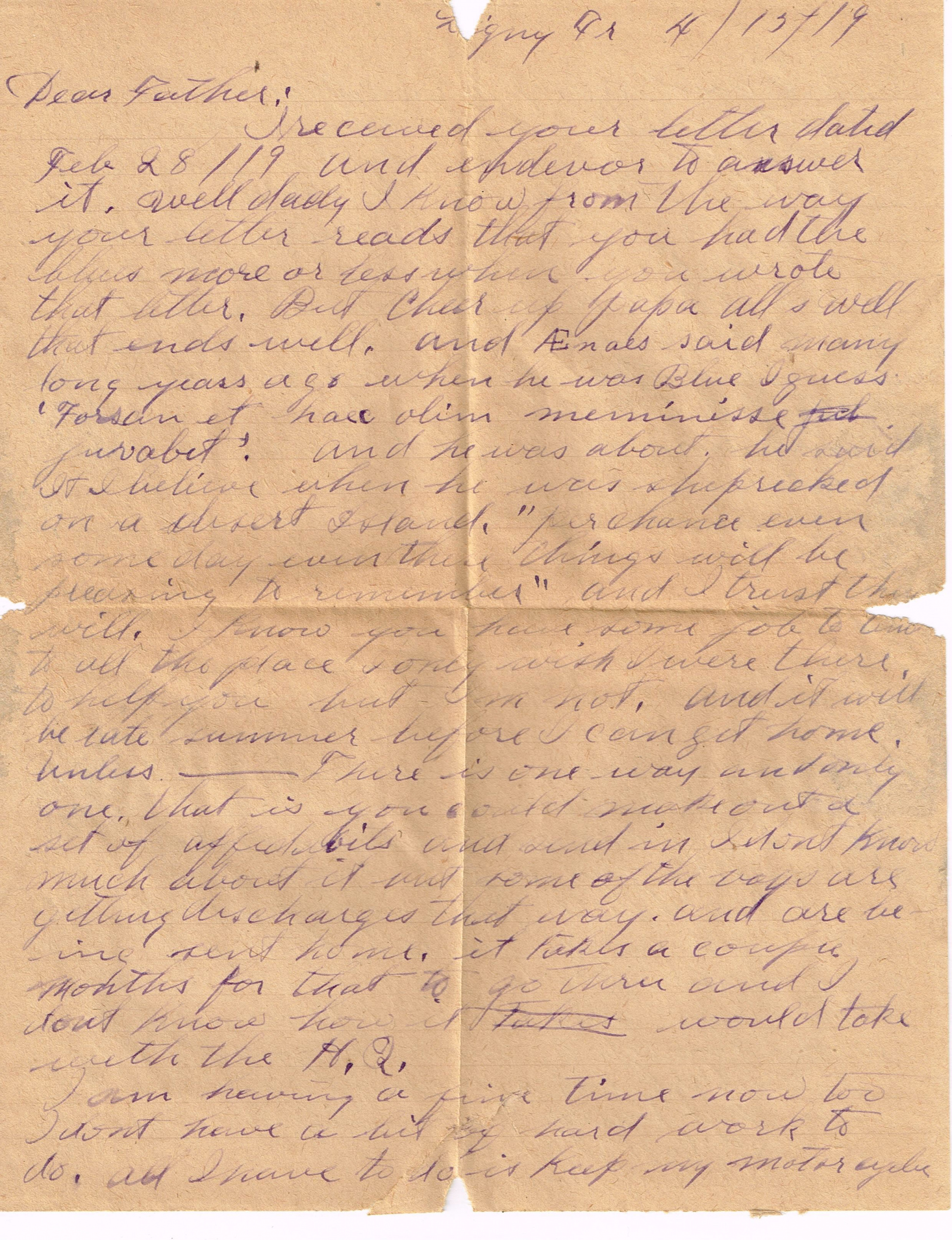 Did you enjoy this post with David Jesse Shumaker’s WWI letter of April 15, 1919 to his family back home? Let me know in the comments below!