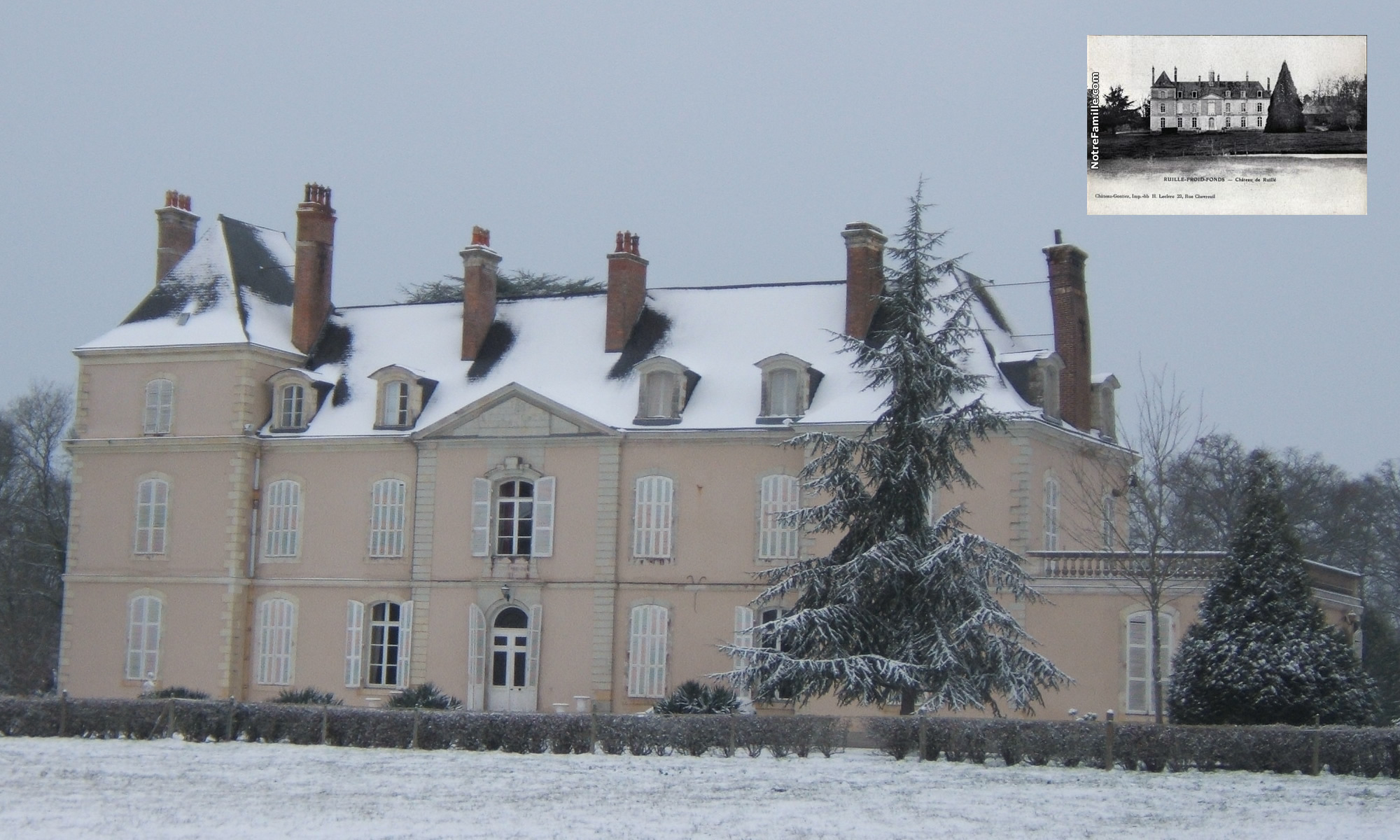 IN DAVID JESSE SHUMAKER’S WWI LETTER OF FEBRUARY 18 1919, HE WRITES, “I HAVE REC’D JUST ONE LETTER FROM YOU SINCE I’VE BEEN HERE AT RUILLE FRORDSFONDS. WE ARE BILLETED ON COUNT RUILLE’S ESTATE REALY IT IS A VERY NICE PLACE.”

So I had to find out more about Count Ruille’s estate at Ruillé-Froid-Fonds.

There are a few beautiful estate homes in Ruillé-Froid-Fonds. The challenge was to find the one that belonged at that time to Count Ruille, whose full name (I discovered) in French was Henri Geoffroy de la Planche de (Comte) Ruillé. He was a noted sculptor, and created many striking pieces, including this one of Anne de Ruillé riding sidesaddle on a horse with a greyhound running alongside: 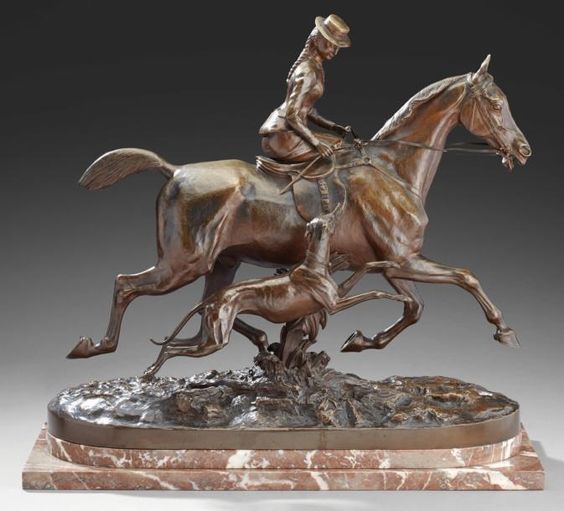 The fourth one down is labeled “Chateau de Ruillé”. So then I went looking for a more recent photo, and found that it’s now known by a different name, Château de Mauvinet (Mayenne), and is used as a hotel.

Here is a more recent photo: 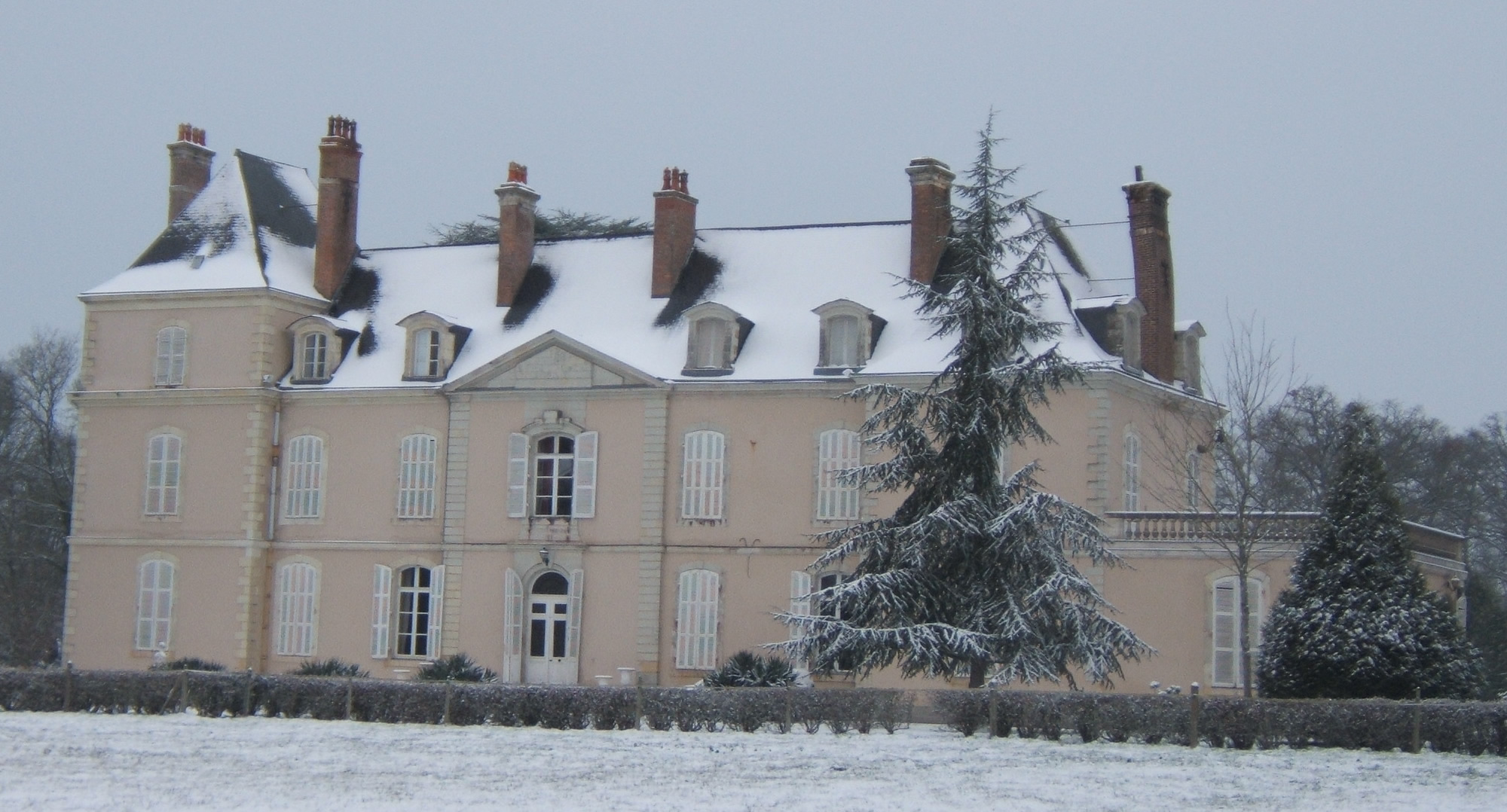 There is another building on the estate behind the main house that is being refurbished for weddings and such. If you want to follow the wedding venue on Instagram, here’s the link: https://www.instagram.com/domainedemauvinet/

So now that you know where David’s company was staying, I’ll let you read his letter. 🙂

Just a few lines to let you know I am well.

I hope you are all well.

You don’t want to be too confident in our Home coming reports. For there’s no confidence to be put in such reports.

I have a good mind to stay in the army for six mo. longer, as a truck driver.

I believe it would be a very good thing. Don’t you?

I am very undecided about it, but I am sure it would be best. What do you folks think about it?

I’ll not do any thing until I hear from you unless I see the last chance for something good. That’s what I’m looking for. You must not think as some of the folks at home have. For us boys are treated just as good as possible under the condition of things.

We only have from three to five hours drill, and no drill Sat. or Sunday. And some days thru the week. So you see we don’t have to work hard.

To be sure we have a tough hike once and a while and sometimes have a heavy pack to carry. But we get a ten minute rest evry hour anyway.

I sure have carried some loads and have carried them further than I’d have believed any one could until I realy done it my self. I have rec’d just one letter from you since I’ve been here at Ruille Frordsfonds.

We are Billeted on Count Ruille’s estate realy it is a very nice Place.

Well I must close ans soon 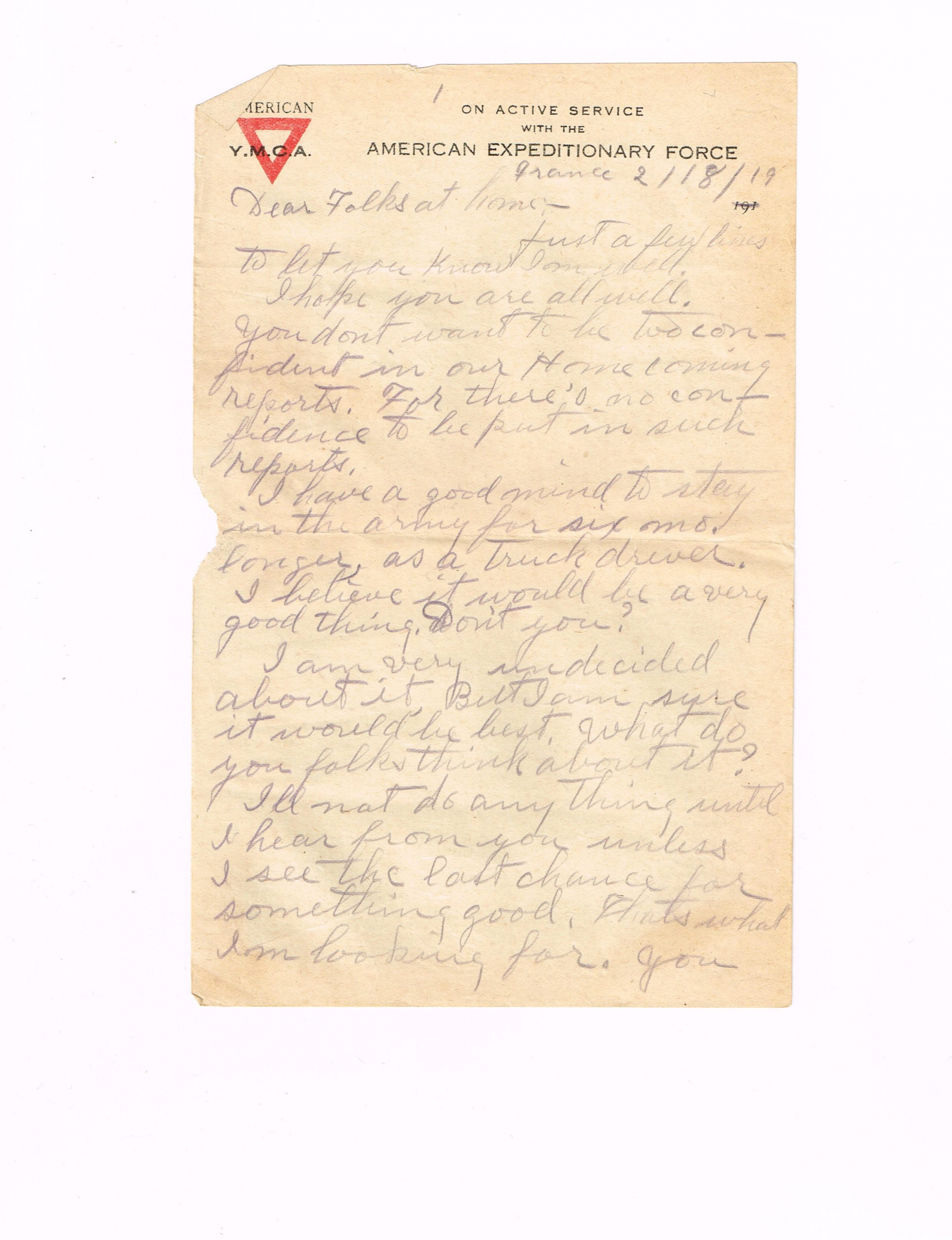 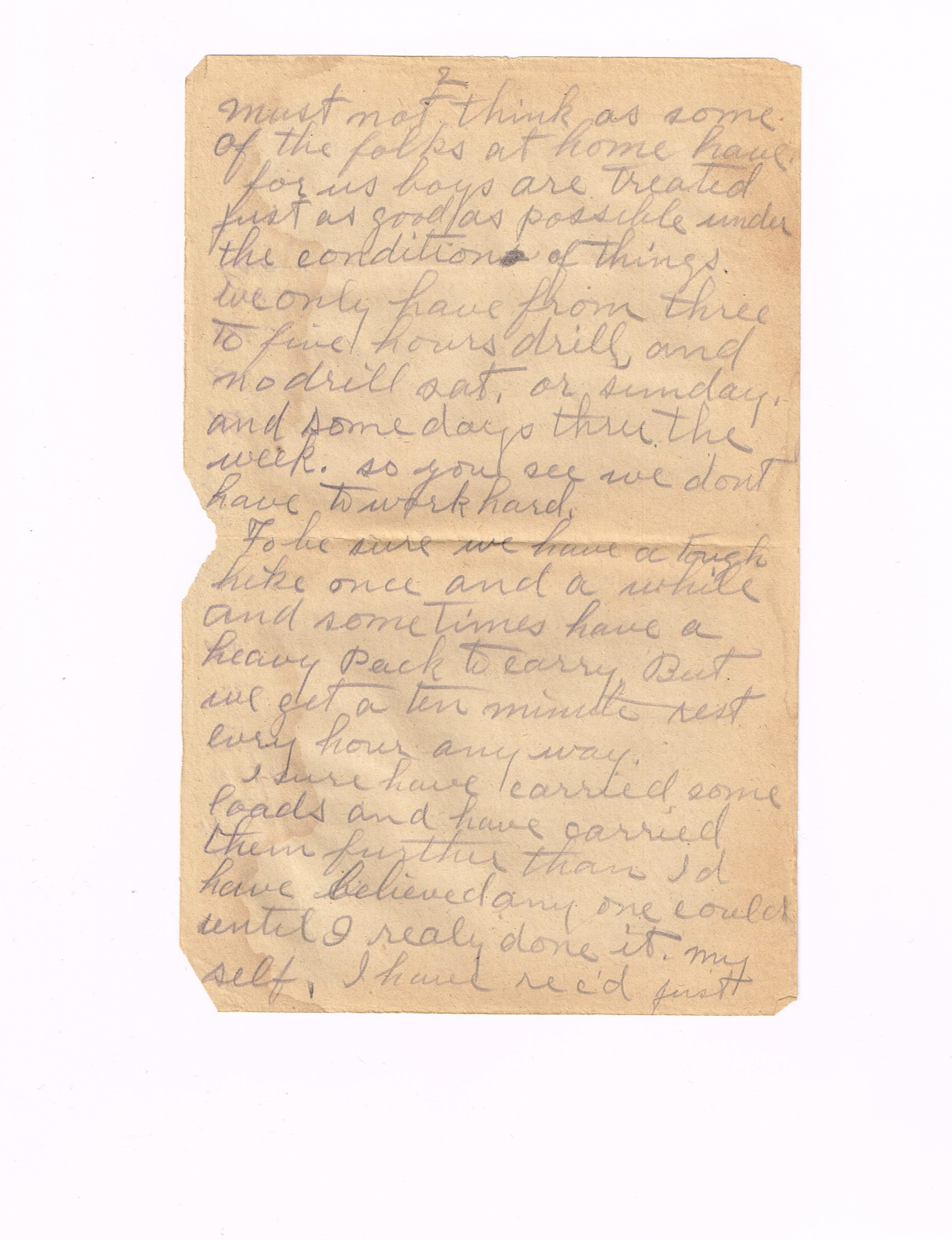 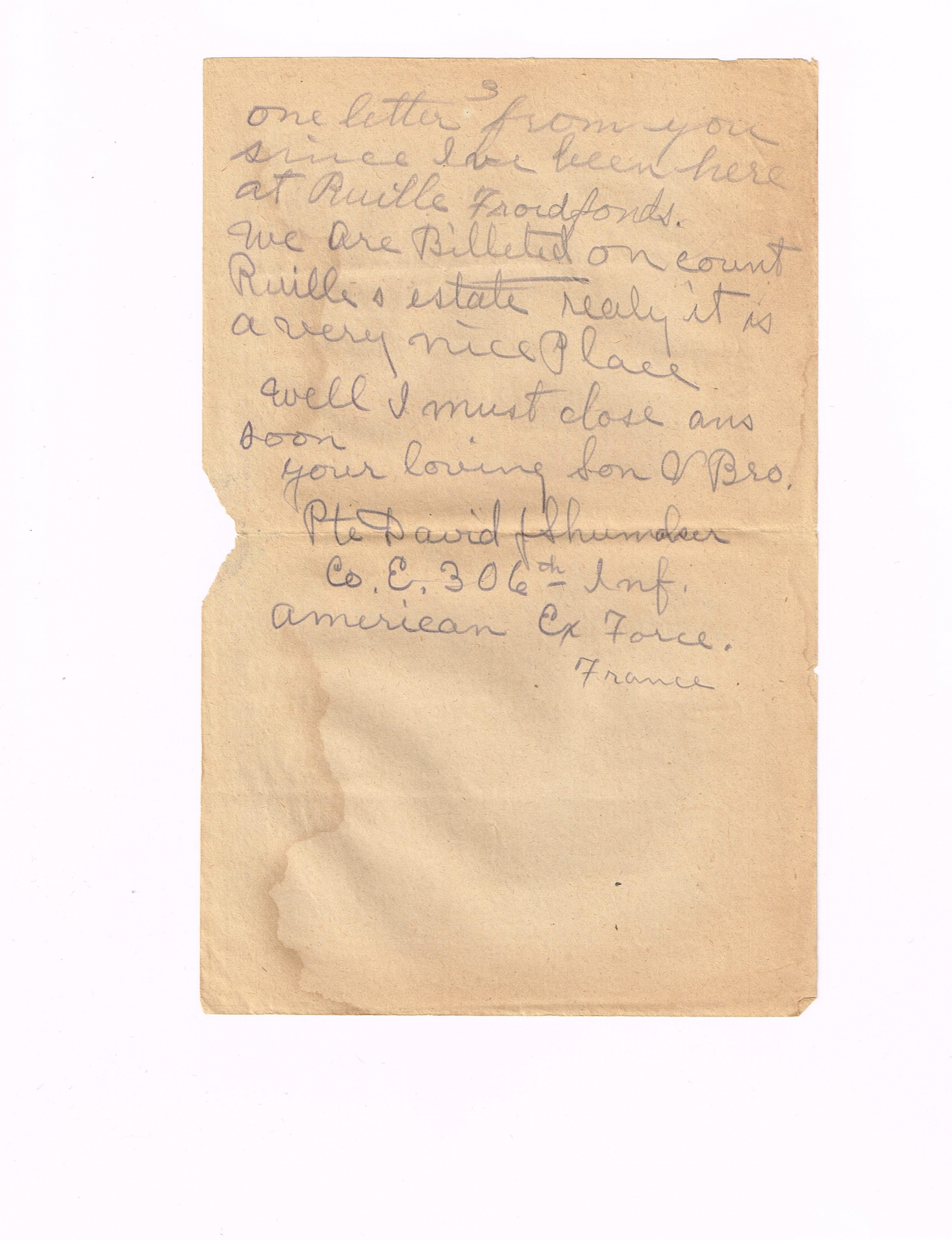 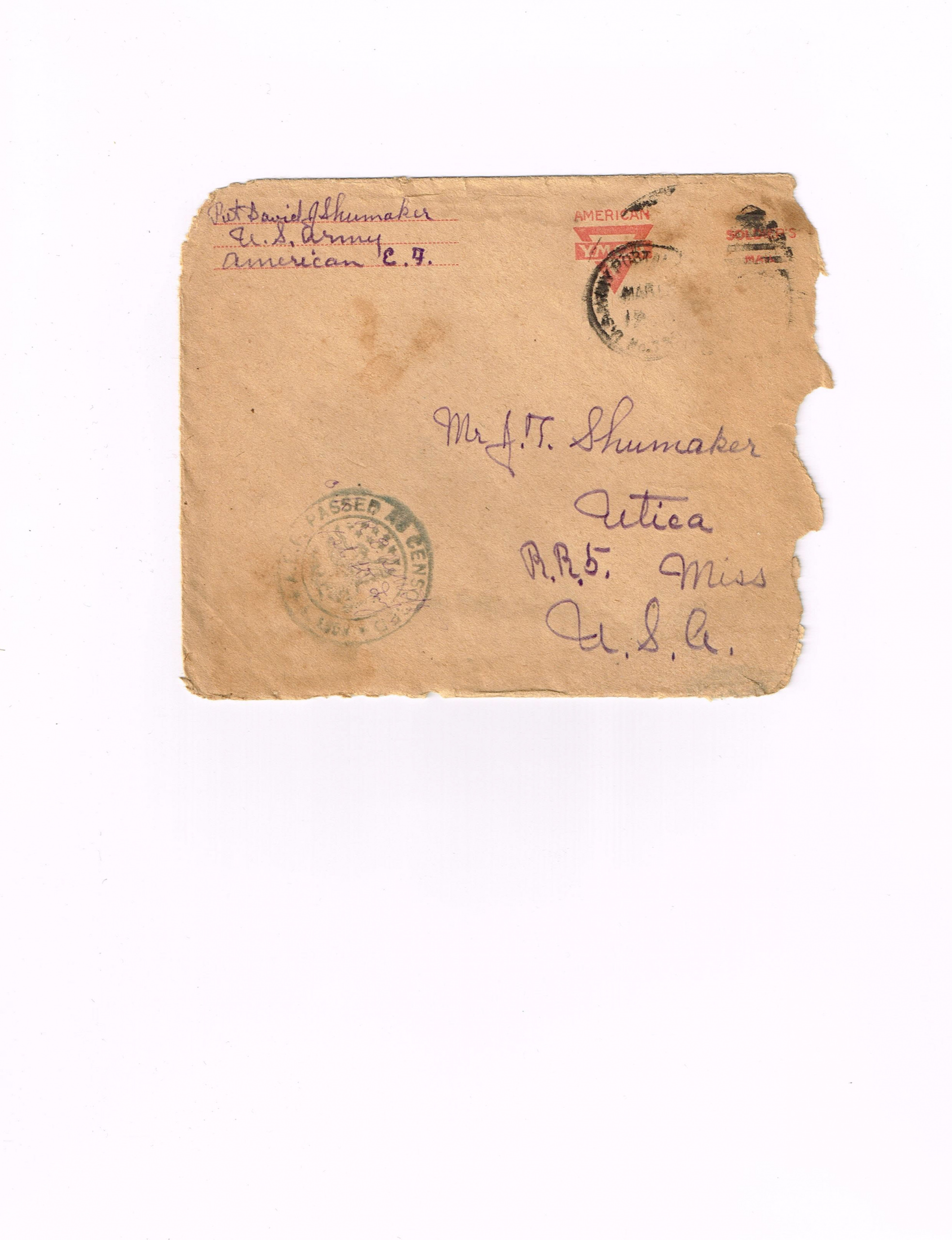 Did you enjoy this post with David Jesse Shumaker’s WWI letter of February 18 1919 to his family back home? Let me know in the comments below!