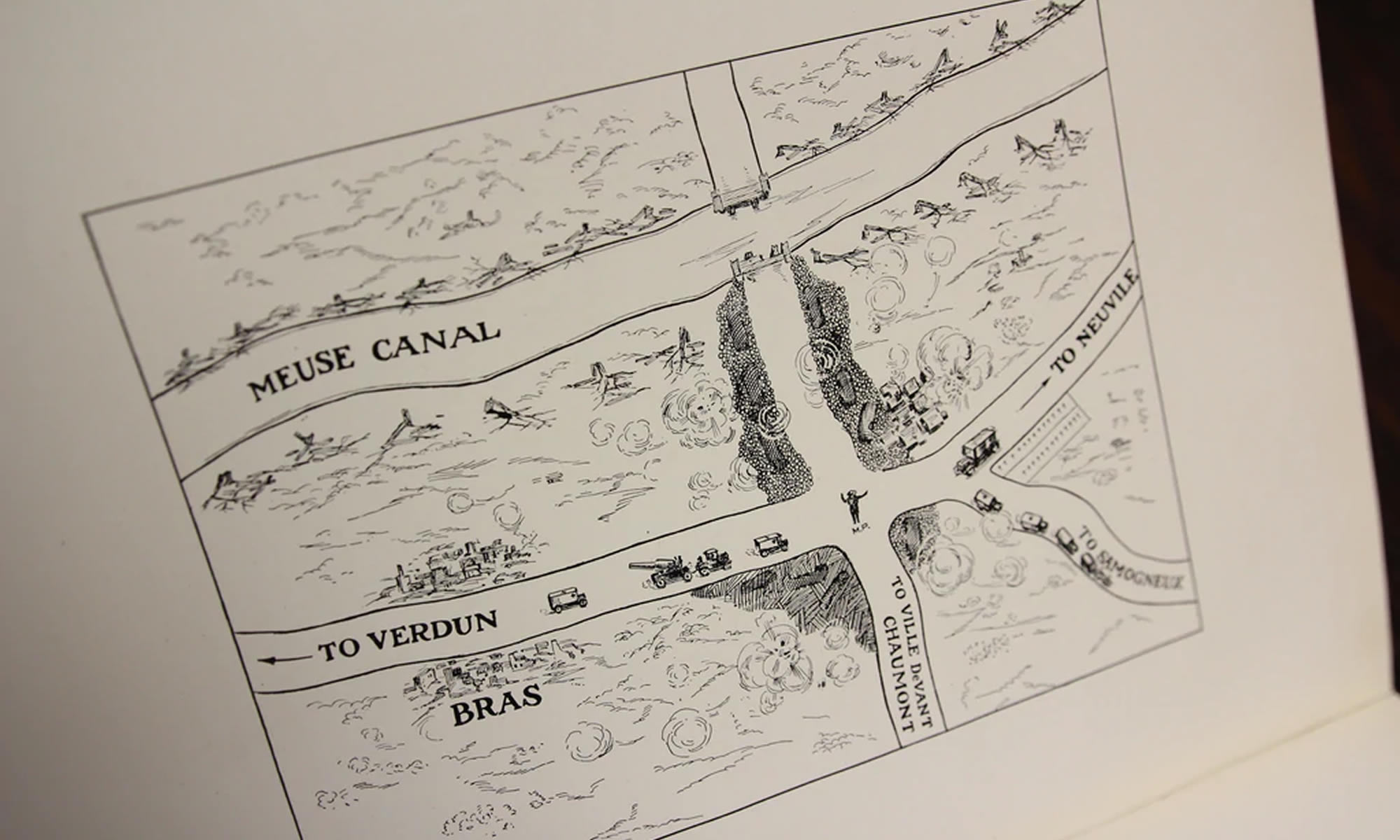 David says that he has nothing to write about in his WWI letter of March 13, 1919.

But he has been transferred to the Police Corps! We know these as “Military Police”.

Here is what Wikipedia says about the WWI Police Corps:

The complexity of warfare during World War I required a corps of specially-trained soldiers to handle massive numbers of prisoners of war and control the movement of troops and supplies in the zones of operation. The Military Police Training Department was established 9 September 1918 at Caserne Changarnier in Autun, France. Following the war, Brigadier General Harry Hill Bandholtz, who had served as Provost Marshal of the American Expeditionary Forces, proposed the establishment of a permanent Military Police Corps. Although Congress failed to act upon this recommendation, it allowed for the permanent organization of Army military police units in the National Defense Act Amendment of 1920.

David Jesse Shumaker, as a valued member of the American Expeditionary Forces, and currently stationed at Autun, France, would have been a logical choice for the new Military Police Corps.

I found a book for sale, History of the 26th Company Military Police in France 1917 – 1919, that may or may not mention David Jesse Shumaker. Here is how they introduce the book:

This historical work covers the activity of the 26th Company Military Police, formerly Company B, 101st Military Police, in France during World War One. It includes numerous photographs, stories, and personal details of the soldiers in the group. It is in good condition with some wear, including some beginning separation in the binding.

If any of you is inclined to purchase it, please scan the appropriate pages (if they exist) and share with us! You can find the book here >>> https://memoryholevintage.com/products/history-of-the-26th-company-military-police-in-france-1917-1919?variant=31796173865007

Here are some pages from that book: 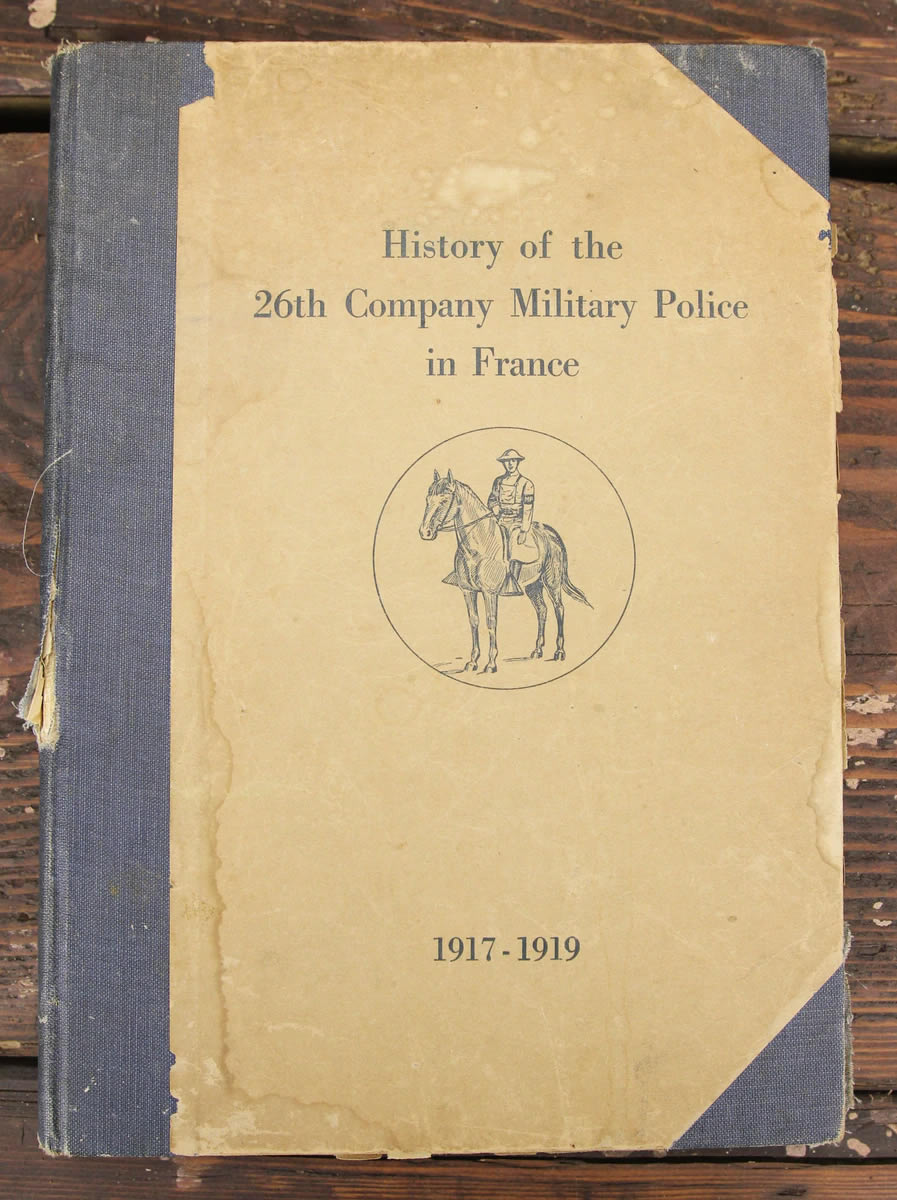 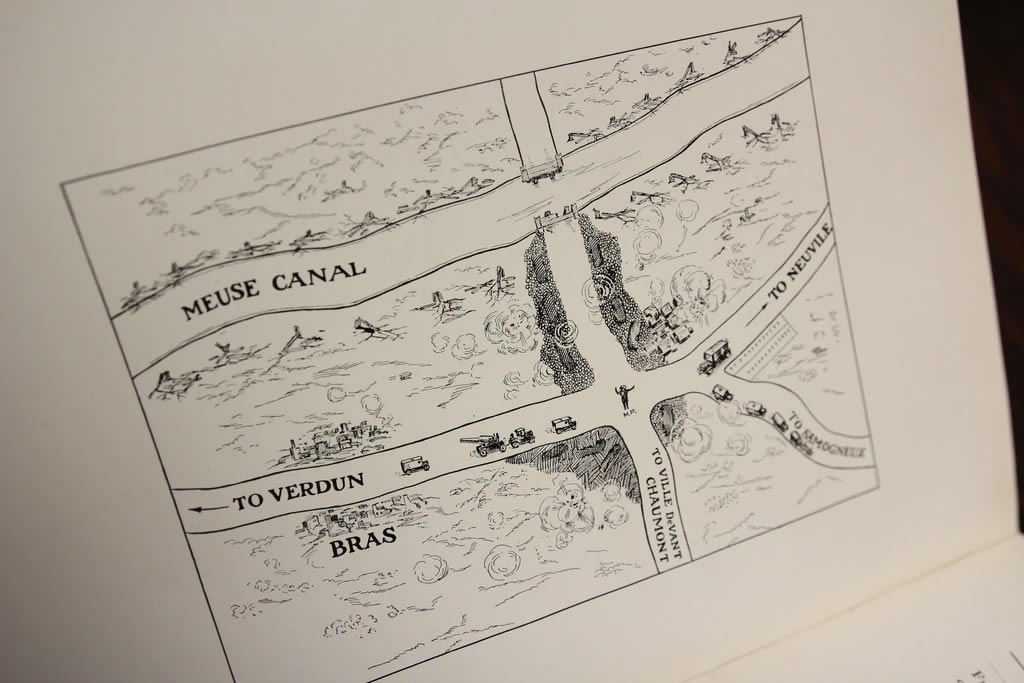 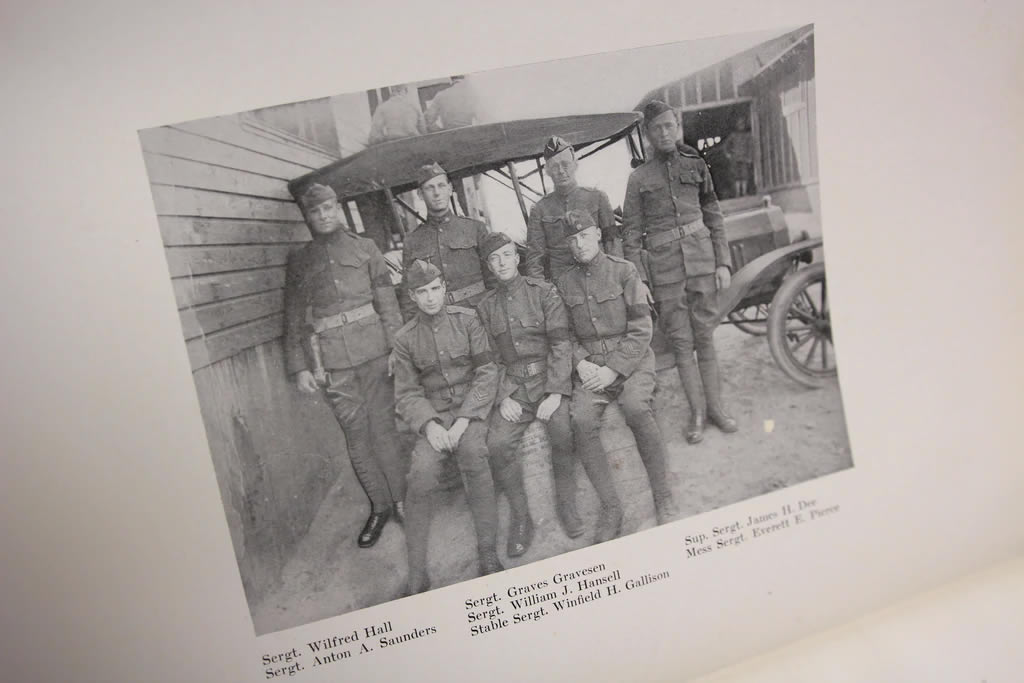 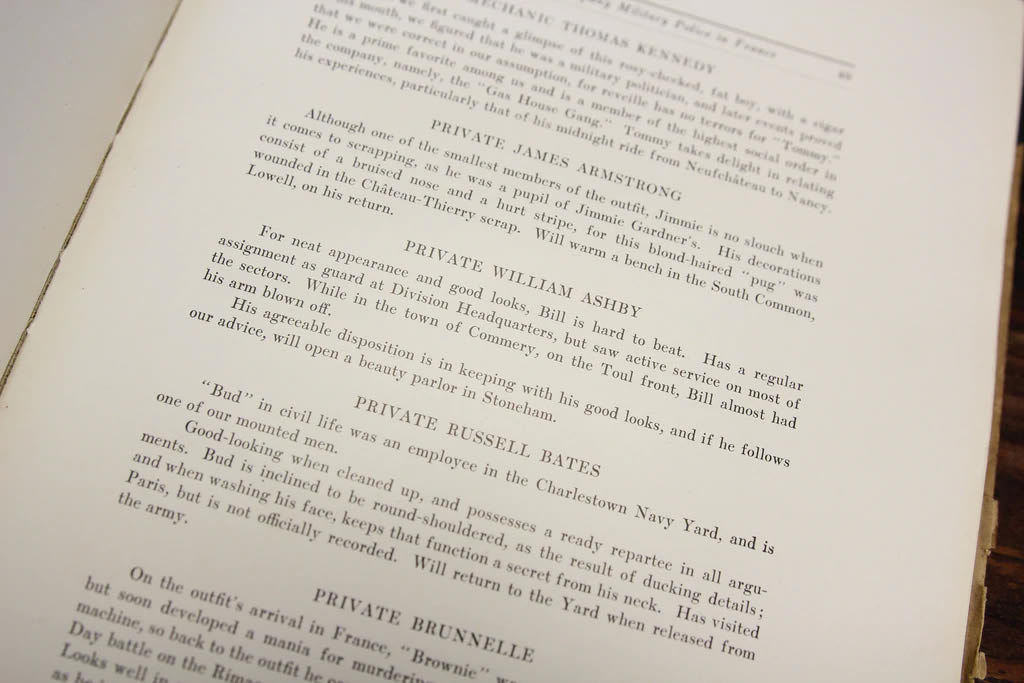 Am well. Hope you all are well.

Well it has been so long since I’ve rec’d a letter from you that I have nothing to write about.

I have been Transferred to the Police Corps. Gee! But it is a dandy job. I like it fine. All Good stuff to eat, much better than the Inft. And clothes that fit too. Don’t know any thing about our coming home.

But it will not be long I don’t imagine.

One thing you might know I am getting along fine and like my work. The easiest job I ever had. There is scarcely any work at all. That is work – But all duty. I am well satisfied with the change. 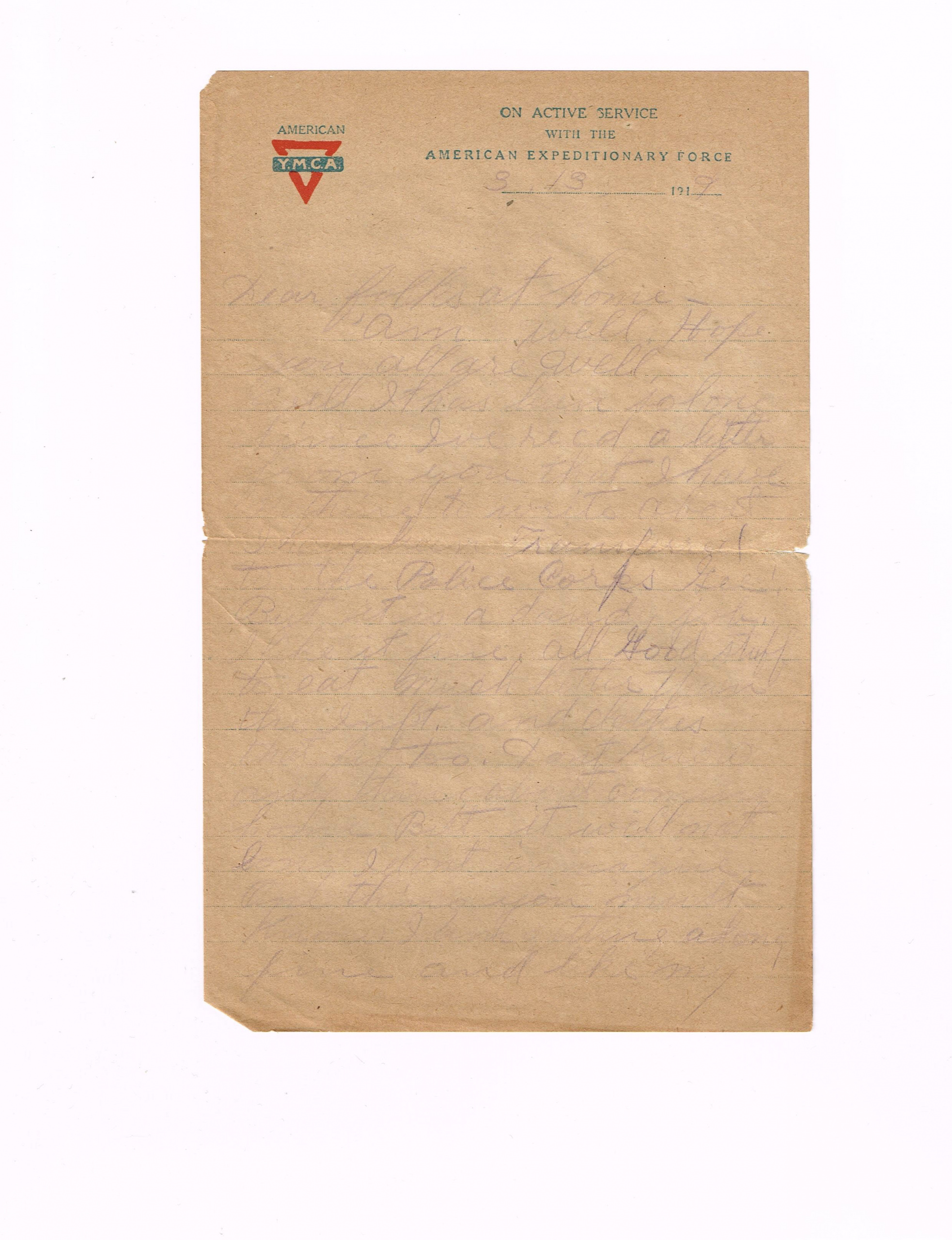 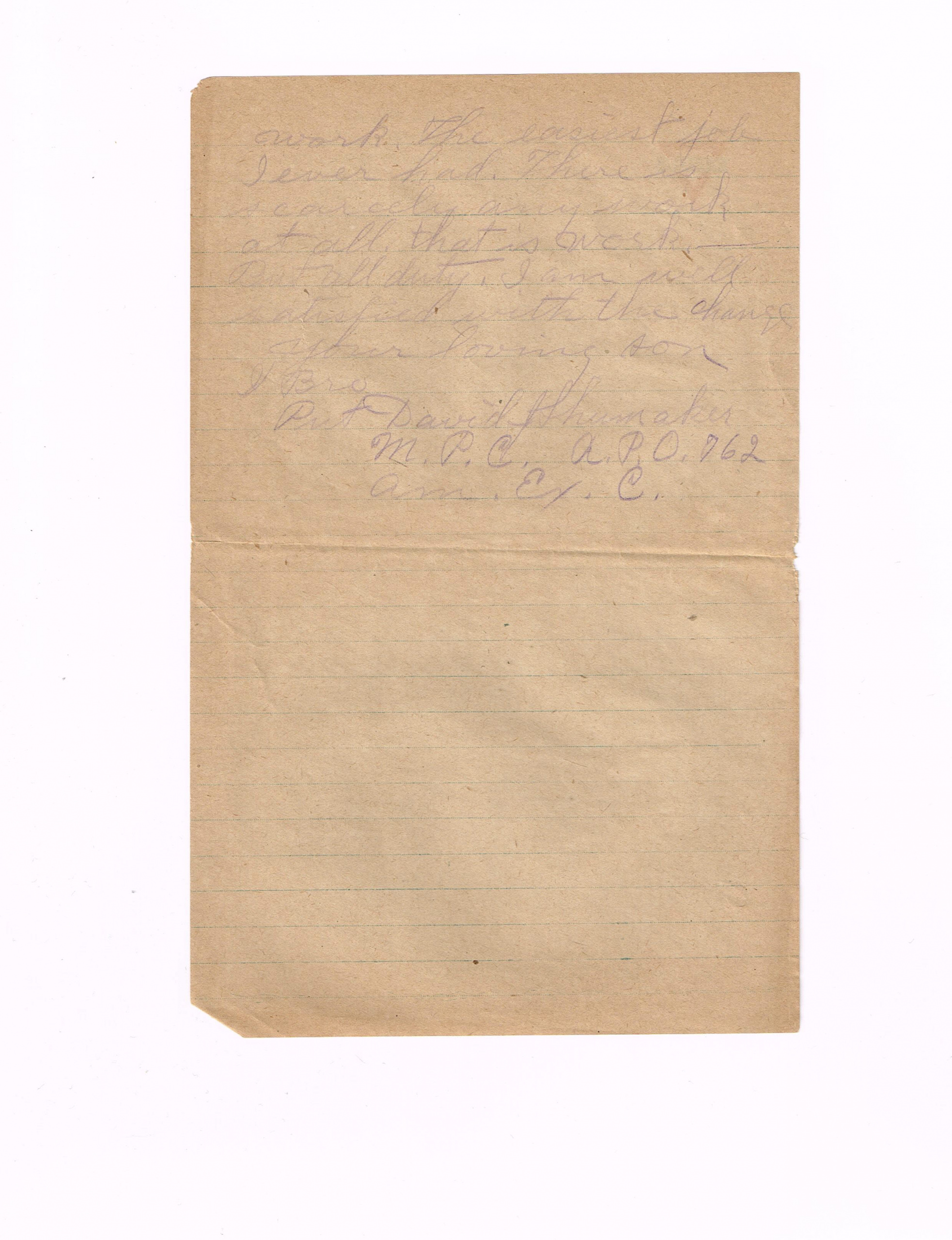 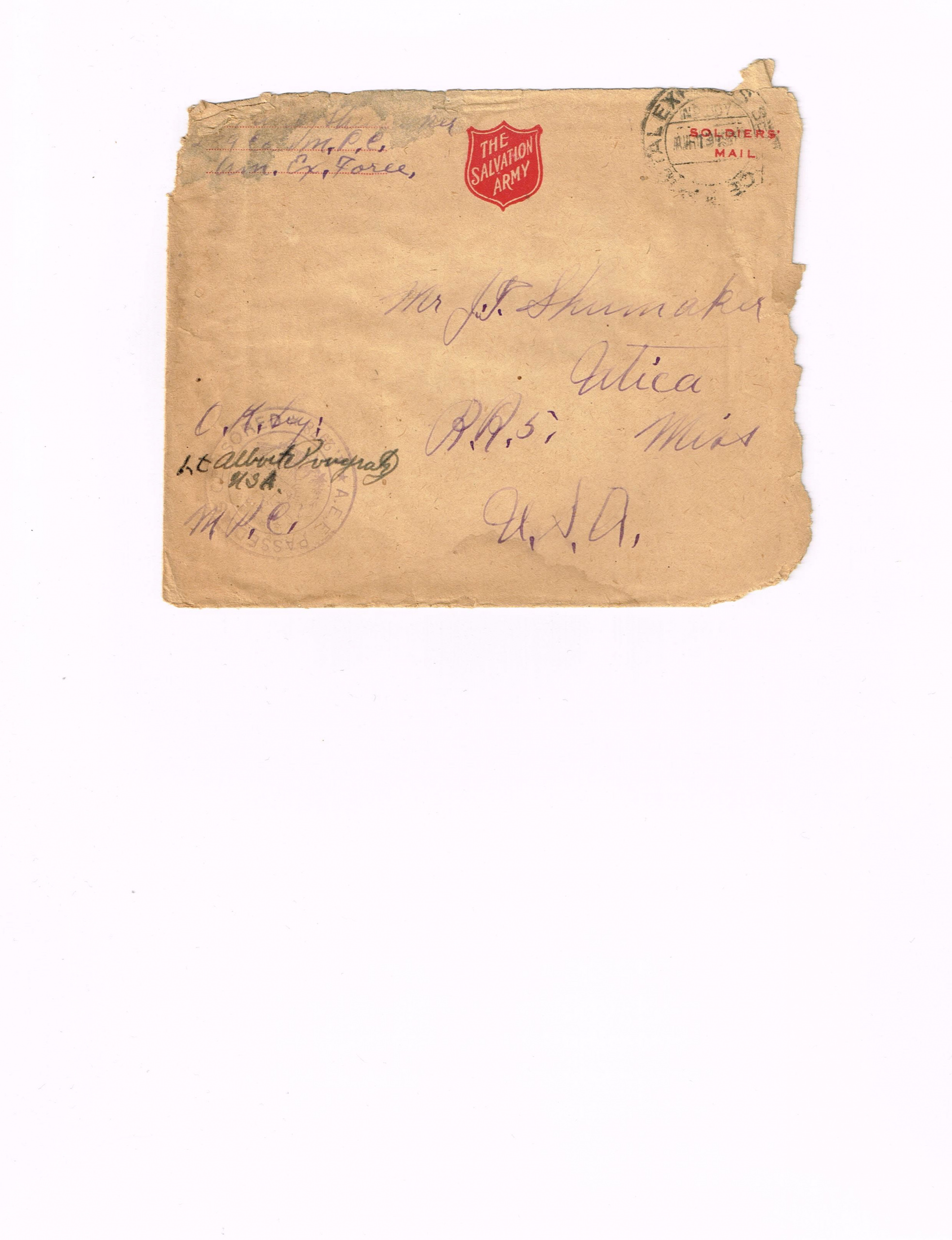 Did you enjoy this post with the WWI letter of March 13, 1919 from David Jesse Shumaker to his family back home? Let me know in the comments below!